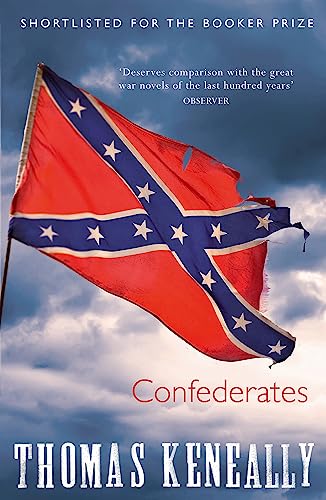 With a new introduction by Thomas Keneally.

As the Civil War tears America apart, General Stonewall Jackson leads a troop of Confederate soldiers on a long trek towards the battle they believe will be a conclusive victory. Through their hopes, fears and losses, Keneally searingly conveys both the drama and mundane hardship of war, and brings to life one of the most emotive episodes in American history.

GOR001248143
Confederates by Thomas Keneally
Thomas Keneally
Used - Very Good
Paperback
Hodder & Stoughton General Division
1989-01-01
544
0340431032
9780340431030
N/A
Book picture is for illustrative purposes only, actual binding, cover or edition may vary.
This is a used book - there is no escaping the fact it has been read by someone else and it will show signs of wear and previous use. Overall we expect it to be in very good condition, but if you are not entirely satisfied please get in touch with us.