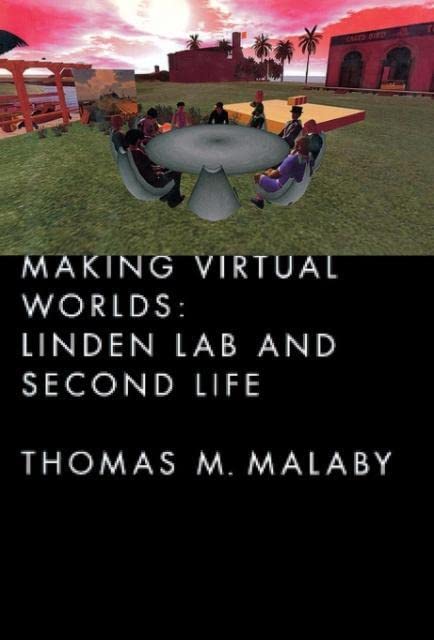 Malaby shows how the workers of a very young but quickly growing company were themselves caught up in ideas about technology, games, and organizations, and struggled to manage not only their virtual world but also themselves in a nonhierarchical fashion.

The past decade has seen phenomenal growth in the development and use of virtual worlds. In one of the most notable, Second Life, millions of people have created online avatars in order to play games, take classes, socialize, and conduct business transactions. Second Life offers a gathering point and the tools for people to create a new world online. Too often neglected in popular and scholarly accounts of such groundbreaking new environments is the simple truth that, of necessity, such virtual worlds emerge from physical workplaces marked by negotiation, creation, and constant change. Thomas Malaby spent a year at Linden Lab, the real-world home of Second Life, observing those who develop and profit from the sprawling, self-generating system they have created.

Some of the challenges created by Second Life for its developers were of a very traditional nature, such as how to cope with a business that is growing more quickly than existing staff can handle. Others are seemingly new: How, for instance, does one regulate something that is supposed to run on its own? Is it possible simply to create a space for people to use and then not govern its use? Can one apply these same free-range/free-market principles to the office environment in which the game is produced? "Lindens"-as the Linden Lab employees call themselves-found that their efforts to prompt user behavior of one sort or another were fraught with complexities, as a number of ongoing processes collided with their own interventions.

Malaby thoughtfully describes the world of Linden Lab and the challenges faced while he was conducting his in-depth ethnographic research there. He shows how the workers of a very young but quickly growing company were themselves caught up in ideas about technology, games, and organizations, and struggled to manage not only their virtual world but also themselves in a nonhierarchical fashion. In exploring the practices the Lindens employed, he questions what was at stake in their virtual world, what a game really is (and how people participate), and the role of the unexpected in a product like Second Life and an organization like Linden Lab.

"Malaby presents an ethnography of Linden Labs, the creators of the Second Life virtual world. Which is to say, he focuses not on how users of Second Life feel about their experience, but rather on how the Linden Lab people strategize and implemented the wider structure of that virtual world. Malaby looks at the clash at Linden Labs of the liberal ideology espousing a flat organization of creative peers with the reality of a hierarchy in which people are ranked according to their perceived level of creativity."

Thomas Malaby is Associate Professor of Anthropology at the University of Wisconsin-Milwaukee. He is the author of Gambling Life: Dealing in Contingency in a Greek City.

GOR009518131
9780801447464
0801447461
Making Virtual Worlds: Linden Lab and Second Life by Thomas Malaby
Thomas Malaby
Used - Very Good
Hardback
Cornell University Press
2009-06-11
176
N/A
Book picture is for illustrative purposes only, actual binding, cover or edition may vary.
This is a used book - there is no escaping the fact it has been read by someone else and it will show signs of wear and previous use. Overall we expect it to be in very good condition, but if you are not entirely satisfied please get in touch with us
Trustpilot