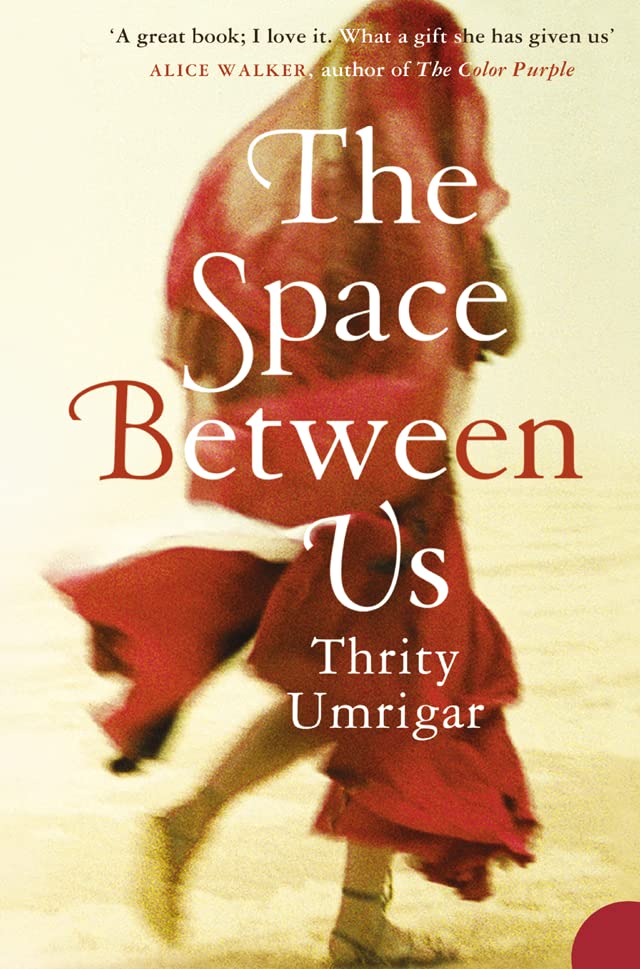 The Space Between Us
by Thrity Umrigar

In this beautifully crafted novel about the interlinked lives of two women, Thrity Umrigar explores the complex relationships between the classes in India, rarely addressed in contemporary fiction.

The Space Between Us Summary

The Space Between Us by Thrity Umrigar

In this beautifully crafted novel about the interlinked lives of two women, Thrity Umrigar explores the complex relationships between the classes in India, rarely addressed in contemporary fiction.

'Bhima is real. She worked in the house I grew up in, year after year, a shadow flitting around our middle-class home, her thin brown hands cleaning furniture she was not allowed to sit on, cooking food she was not allowed to share at the family dining table, dusting the stereo that mainly played American rock and roll, music that was alien and unfamiliar to her, that only reminded her of her nebulous presence in our home, our world, our lives.' Thrity Umrigar

Set in contemporary Bombay, `The Space Between Us' tells the story of Sera Dubash, an upper-middle-class Parsi housewife and Bhima, the woman who works as a domestic servant in her home. Despite their class differences, the two women are bound by the bonds of gender and shared life experiences - both had marriages that started out with great romantic love and promise, but ended up as crushing disappointments. Ultimately, Sera Dubash faces a decision that will force her to choose between loyalty to gender and friendship or loyalty to her social position and class.

The Space Between Us Reviews

'A Mumbai Parsi novel, a post-nationalist slum poverty novel, and perhaps most compellingly, a maid-and-mistress story: think Douglas Sirk's film "Imitations of Life". The varied elements of this tale of affection and class conflict are carried off with a winning ease and enthusiasm that make it both engrossing and moving.' The Independent

'Thrity Umrigar has a striking talent for portraying pain and suffering and the sheer unfairness of life...The result is a vital social comment on contemporary India.' The Financial Times

`It is a great book; I love it...I am so happy for Thrity Umrigar! And proud of her as a woman, too. What a gift she has given us. Please tell her of my admiration, joy, delight and relief (it is so precious to have a book about a woman one rarely even "sees" in society, whether Indian or American).' Alice Walker, author of `The Colour Purple'

Thrity Umrigar was a daily journalist for 17 years and is a recipient of the Nieman Fellowship to Harvard. She has written for the Washington Post, Cleveland Plain Dealer and other national newspapers and writes on a regular basis for the Boston Globe's book pages. Currently Umrigar teaches creative writing and journalism at Case Western Reserve University in Cleveland, Ohio. This is her second novel.

GOR010381926
The Space Between Us by Thrity Umrigar
Thrity Umrigar
Used - Like New
Paperback
HarperCollins Publishers
2007-02-05
320
000721233X
9780007212330
N/A
Book picture is for illustrative purposes only, actual binding, cover or edition may vary.
This is a used book - there is no escaping the fact it has been read by someone else and it will show signs of wear and previous use. Overall we expect it to be in very good condition, but if you are not entirely satisfied please get in touch with us.