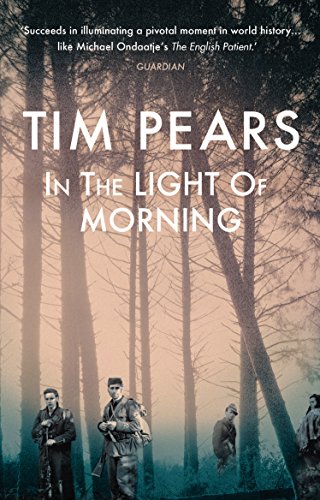 In the Light of Morning
by Tim Pears

In the Light of Morning Summary

In the Light of Morning by Tim Pears

May 1944: High above the mountains of occupied Slovenia an aeroplane drops three British parachutists - brash MP Major Jack Farwell, radio operator Sid Dixon, and young academic Lieutenant Tom Freedman. Greeted upon arrival by a group of Partisans, the men are led off into the countryside. Despite the distant crackle of gunfire, the war feels a long way off for Tom. The Partisans, too, are not what he was expecting - courageous, kind, and alluring, especially Jovan, their commander, and the hauntingly beautiful Marija. As the enemy's net begins to tighten, they find evidence of massacres, of a dark and terrible band of men pursuing them. As they stumble their way towards a final, tragic battle, so the relationships within the group begin to fray, with Tom finding himself forced to face up to his deepest, most secret desires.

Customer Reviews - In the Light of Morning

In the Light of Morning Reviews

"Tim Pears has made the battle zone of family life in provincial England his own fertile fictional terrain...The novel succeeds in illuminating a pivotal moment in world history, while casting a steady light back on England...Rather like Michael Ondaatje's The English Patient, this is an intimate tale of a few individuals poised at a moment when one epoch gives way to another." -- Maya Jaggi * Guardian *
"[T]he characters are beautifully and economically drawn, and he is excellent on the sights and especially the smells of the landscape - the beauty even of a war-torn land." * The Times *
"Brilliantly nail-biting. Tim Pears tackles the horrors and ambiguity of war with his usual deft observance, in this depiction of a largely forgotten World War II slideshow in Eastern Europe." * Daily Mail *
"Superb ... a thought provoking, lyrical and deeply humane book" * Sunday Business Post *
"Pears's prose, with its sensuousness and subtlety, is a fine vehicle for the intelligent, unsentimental tale he tells." * Sunday Times *

Tim Pears was born in 1956. He grew up in Devon, and left school at sixteen. He has worked in a wide variety of jobs and is a graduate of the National Film and Television School. His first novel, In the Place of Fallen Leaves, won the Hawthornden Prize for Literature and the Ruth Hadden Memorial Award. His second novel, In a Land of Plenty, has been adapted for television and is now a major BBC television series. Tim Pears is the author of eight highly acclaimed novels including Landed, Disputed Land and A Revolution of the Sun.

GOR006566112
In the Light of Morning by Tim Pears
Tim Pears
Used - Very Good
Paperback
Cornerstone
2015-01-29
352
0099559366
9780099559368
N/A
Book picture is for illustrative purposes only, actual binding, cover or edition may vary.
This is a used book - there is no escaping the fact it has been read by someone else and it will show signs of wear and previous use. Overall we expect it to be in very good condition, but if you are not entirely satisfied please get in touch with us.