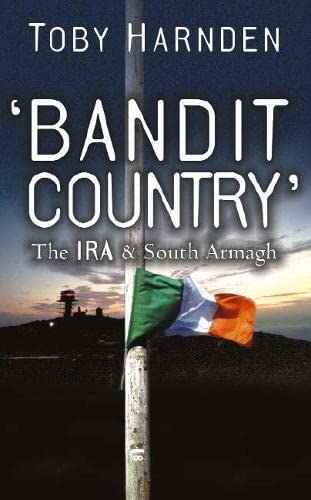 'Tremendous ... If you are to read only one book about the modern IRA, this should be it'

South Armagh was described as 'Bandit Country' by Merlyn Rees when he was Northern Ireland Secretary and for nearly three decades it has been the most dangerous posting in the world for a British soldier.

Toby Harnden has stripped away the myth and propaganda associated with South Armagh to produce one of the most compelling and important books of the Troubles. Drawing on secret documents and interviews in South Armagh's recent history, he tells the inside story of how the IRA came close to bringing the British state to its knees. For the first time, the identities of the men behind the South Quay and Manchester bombings are revealed. Packed with new information, 'BANDIT COUNTRY' penetrates the IRA and the security forces in South Armagh.

Toby Harnden was appointed Irish Correspondent of the Daily Telegraph in 1996, after first joining the newspaper as a reporter in London. He was one of the first journalists at the scene of the IRA's Docklands bomb and, after moving to Belfast, reported on the second IRA ceasefire, the Good Friday Agreement and the Omagh bombing as well numerous explosions, shootings, riots, marches and political crises. He grew up in Manchester and was educated at Corpus Christi College, Oxford, where he took a First in Modern History in 1988. Recently appointed the Daily Telegraph's bureau chief in Washington, this is his first book.

GOR001236190
'Bandit Country' by Toby Harnden
Toby Harnden
Used - Very Good
Paperback
Hodder & Stoughton
2000-07-06
576
0340717378
9780340717370
N/A
Book picture is for illustrative purposes only, actual binding, cover or edition may vary.
This is a used book - there is no escaping the fact it has been read by someone else and it will show signs of wear and previous use. Overall we expect it to be in very good condition, but if you are not entirely satisfied please get in touch with us.