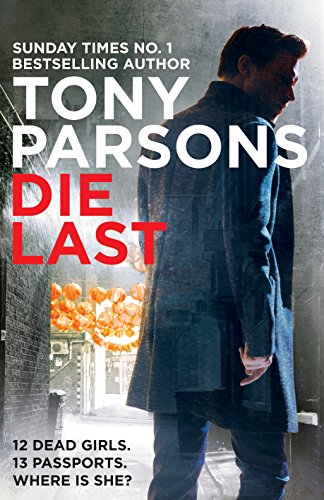 "Tony Parsons puts you right there in every scene he writes. I love that kind of storytelling and I'm a D.C. Max Wolfe fan." - James Patterson 12 DEAD GIRLS As dawn breaks on a snowy February morning, a refrigerated lorry is found parked in the heart of London's Chinatown. Inside, twelve women, apparently illegal immigrants, are dead from hypothermia. 13 PASSPORTS But in the cab of the abandoned death truck, DC Max Wolfe of West End Central finds thirteen passports. WHERE IS SHE? The hunt for the missing woman will take Max Wolfe into the dark heart of the world of human smuggling, mass migration and 21st-century slave markets, as he is forced to ask the question that haunts our time. What would you do for a home? This is crime writing to die for - GQ

"Parsons is superb. He produces a riveting story from an unedifying subject which grips from start to finish. It horrifies, informs and thrills , and you cannot turn away until the very last page. Now that's how a book should be" * On: Yorkshire *
"Parsons handcuffs you from the first page... written with a winning combination of horror and compassion - this is one Wolfe that really bites" * The Sun *
"Die Last, the fourth and latest of his thrillers, [is] a fast-paced, cunningly plotted story about human smuggling and sex trafficking, written with headline-ripping immediacy" * The Herald *
"Fast-paced and darkly witty... Gripping Stuff" * Closer *
"It was totally gripping and the pages slipped away" * Woman's Way *
"this is crime writing to die for" * GQ *

GOR008241121
Die Last: (DC Max Wolfe) by Tony Parsons
Tony Parsons
DC Max Wolfe
Used - Very Good
Hardback
Cornerstone
2017-04-06
416
1780895933
9781780895932
N/A
Book picture is for illustrative purposes only, actual binding, cover or edition may vary.
The book has been read, but looks new. The book cover has no visible wear, and the dust jacket is included if applicable. No missing or damaged pages, no tears, possible very minimal creasing, no underlining or highlighting of text, and no writing in the margins.