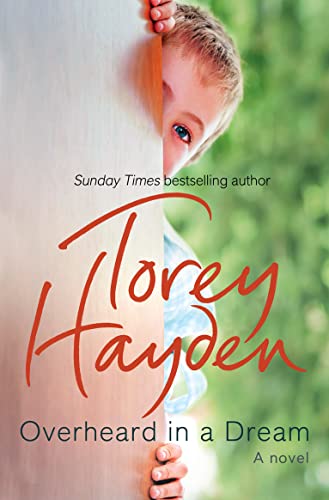 Overheard in a Dream
by Torey Hayden

Bestselling author Torey Hayden's novel is a fascinating study of a fractured family, a troubled child, and a psychiatrist's attempts to rescue them.

Overheard in a Dream Summary

Overheard in a Dream by Torey Hayden

Bestselling author Torey Hayden's novel is a fascinating study of a fractured family, a troubled child, and a psychiatrist's attempts to rescue them.

Conor, aged nine, arrives in the play therapy room of child psychiatrist James Innes with the diagnosis "autistic". His mother Laura, an aloof, enigmatic novelist, can't handle him. His rancher father, embroiled in divorcing Laura, does not feel there is anything wrong with Conor.

As James becomes convinced Conor is not autistic, he is drawn first into Conor's strange world of "things the cat knows" and then into Morgana's stories of her friend the "Lion King".

James is pulled most deeply, however, into Laura's world; at first that of a lonely, rather difficult woman and then, eventually, into the world of her imagination, an enthralling world that seems almost real - and that hides a terrible secret.

Overheard in a Dream Reviews

Born in Montana, USA, Torey Hayden has spent most of her adult life working with children in distress. Now living in Great Britain, she divides her time between writing and volunteer work with several British charities. Torey is author of numerous internationally best-selling books about her experiences as a special education teacher and therapist. She has also written two novels and two children's books.

GOR001238259
Overheard in a Dream by Torey Hayden
Torey Hayden
Used - Very Good
Paperback
HarperCollins Publishers
2008-06-02
464
0007260938
9780007260935
N/A
Book picture is for illustrative purposes only, actual binding, cover or edition may vary.
This is a used book - there is no escaping the fact it has been read by someone else and it will show signs of wear and previous use. Overall we expect it to be in very good condition, but if you are not entirely satisfied please get in touch with us.