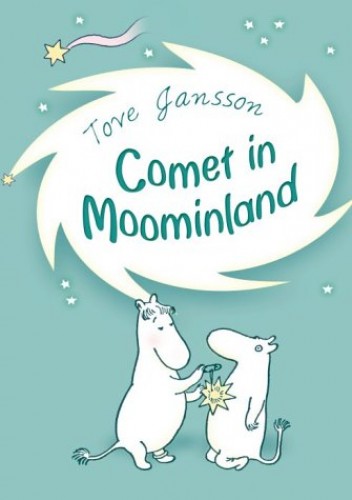 Comet in Moominland
by Tove Jansson

In Stock
$8.99
A comet is speeding towards Earth and nobody knows what to do!Will it destroy everything and everyone? Moomintroll decides to find out. So, with Sniff, he sets out on an expedition.
Like New Very Good Good
Only 1 left

Comet in Moominland by Tove Jansson

A comet is speeding towards Earth and nobody knows what to do!

Will it destroy everything and everyone? Moomintroll decides to find out. So, with Sniff, he sets out on an expedition to ask the Professor if a comet is really on its way to destroy the Earth. On their journey they meet some interesting people - such as Snufkin the super tramp, and the Hemulen who rescuesthem from an underground tunnel - and have narrow escapes from such menaces as crocodiles and giant lizards. And on their way back Moomintroll meets the beautiful Snork Maiden and is a changed Moomin for ever after. But what about the comet - and is the World Wiped Out?...

They seem to grow in wisdom and delight every time I read them...a perfect marriage of word and picture -- Philip Pullman
I have long been a passionate Moomin appreciator - it's not just Tove Jansson's wonderfully strange fairytale world that so appeals but also her beautiful line work and exquisite sense of design -- Lauren Child

GOR009168918
Comet in Moominland by Tove Jansson
Tove Jansson
Moomins Fiction
Used - Like New
Paperback
Penguin Books Ltd
1973-02-22
160
0140302867
9780140302868
N/A
Book picture is for illustrative purposes only, actual binding, cover or edition may vary.
The book has been read, but looks new. The book cover has no visible wear, and the dust jacket is included if applicable. No missing or damaged pages, no tears, possible very minimal creasing, no underlining or highlighting of text, and no writing in the margins.