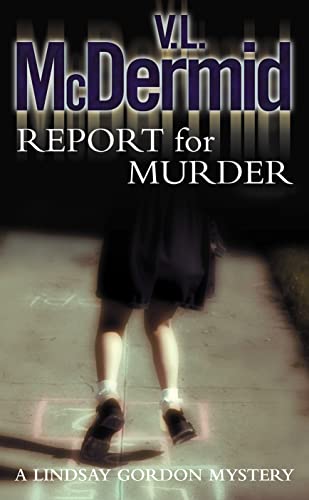 The first novel in the Lindsay Gordon series - a gripping and thrilling page-turner, starring a self-proclaimed 'cynical socialist lesbian feminist journalist' - from the number one bestseller Val McDermid.

The first novel in the Lindsay Gordon series - a gripping and thrilling page-turner, starring a self-proclaimed 'cynical socialist lesbian feminist journalist' - from the number one bestseller Val McDermid.

Freelance journalist Lindsay Gordon is strapped for cash. Why else would she agree to cover a fund-raising gala at a girls' public school? But when the star attraction is found garrotted with her own cello string minutes before she is due on stage, Lindsay finds herself investigating a vicious murder.

Who would have wanted Lorna Smith Cooper dead? Who had the key to the locked room in which her body was found? And who could have slipped out of the hall at just the right time to commit this calculated and cold-blooded crime?

'The real mistress of psychological gripping thrillers; no one can plot or tell a story like she can' Daily Express

'The Queen of Crime reigns' Independent

'With the deaths of PD James and Ruth Rendell, Val McDermid is the obvious successor as Britain's Queen of Crime. For me, she has already held that title for many years.' The Times

'McDermid has created a complex and prickly detective. The relationship intertwines a realistic romance with a solid detective story.' Washington Times

Val McDermid grew up in a Scottish mining community then read English at Oxford. She was a journalist for sixteen years, spending the last three as Northern Bureau Chief of a national Sunday tabloid. She is now a full-time writer and divides her time between Cheshire and Northumberland.

GOR001222407
Report for Murder (Lindsay Gordon Crime Series, Book 1) by V. L. McDermid
V. L. McDermid
Lindsay Gordon Crime Series
Used - Very Good
Paperback
HarperCollins Publishers
2004-11-01
352
000719174X
9780007191741
N/A
Book picture is for illustrative purposes only, actual binding, cover or edition may vary.
This is a used book - there is no escaping the fact it has been read by someone else and it will show signs of wear and previous use. Overall we expect it to be in very good condition, but if you are not entirely satisfied please get in touch with us.