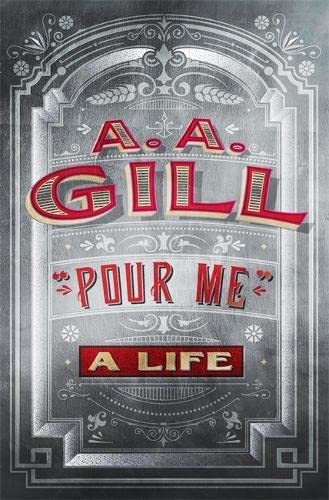 Pour Me
by Adrian Gill

Out of Stock
$33.99
inc. GST
A. A. Gill's compulsive memoir of the days lost to addiction.
Very Good
Only 0 left

Pour Me: A Life by Adrian Gill

A. A. Gill's memoir begins in the dark of a dormitory with six strangers. He is an alcoholic, dying in the last-chance saloon - driven to dry out, not out of a desire to change but mainly through weariness. He tells the truth - as far as he can remember it - about drinking and about what it is like to be drunk. Pour Me is about the black-outs, the collapse, the despair: 'Pockets were a constant source of surprise - a lamb chop, a votive candle, earrings, notes written on paper and ripped from books,' and even, once, a pigeon. 'Morning pockets,' he says, 'were like tiny crime scenes.'

He recalls the lost days, lost friends, failed marriages ... But there was also 'an optimum inebriation, a time when it was all golden, when the drink and the pleasure made sense and were brilliant'. Sobriety regained, there are painterly descriptions of people and places, unforgettable musings about childhood and family, art and religion, friendships and fatherhood; and, most movingly, the connections between his cooking, dyslexia and his missing brother.

Full of raw and unvarnished truths, exquisitely written throughout, Pour Me is about lost time and self-discovery. Lacerating, unflinching, uplifting, it is a classic about drunken abandon.

A. A. Gill (1954-2016) was born in Edinburgh. He was the TV and restaurant critic and regular features-writer for the Sunday Times, a columnist for Esquire and contributor to Australian Gourmet Traveller. He was the author of A. A. Gill is Away, The Angry Island, Previous Convictions, Table Talk, Paper View, A. A. Gill is Further Away and The Golden Door, as well as two novels and the memoir Pour Me, which was shortlisted for the 2016 PEN Ackerley Prize. Lines in the Sand, a collection of his journalism in recent years, will be published in 2017.

GOR007164200
Pour Me: A Life by Adrian Gill
Adrian Gill
Used - Very Good
Hardback
Orion Publishing Co
2015-11-10
256
0297870823
9780297870821
Short-listed for PEN Ackerley Prize 2016 (UK)
Book picture is for illustrative purposes only, actual binding, cover or edition may vary.
This is a used book - there is no escaping the fact it has been read by someone else and it will show signs of wear and previous use. Overall we expect it to be in very good condition, but if you are not entirely satisfied please get in touch with us.