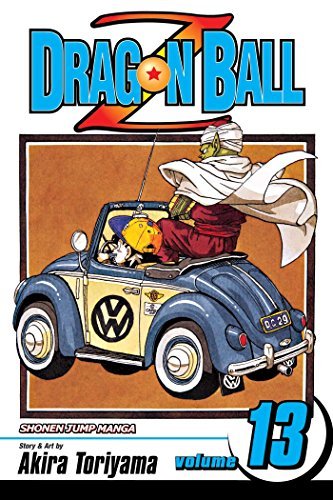 Three years ago, the time traveler Trunks came from the future to warn Earth's heroes about terrifying androids. Now, the future has become the present: Dr. Gero has unleashed his creations, Androids #19 and #20, to get revenge against Goku for defeating the Red Ribbon Army! But even three years of advance warning may not be enough to prepare the heroes to face robots more powerful than Super Saiyans! And when Trunks returns to join in the fight, they discover that time travel can be dangerous...because sometimes the future changes in ways you don't expect...

GOR008479285
Dragon Ball Z, Vol. 13 by Akira Toriyama
Akira Toriyama
Dragon Ball Z
Used - Like New
Paperback
Viz Media, Subs. of Shogakukan Inc
2003-11-04
200
1569319863
9781569319864
N/A
Book picture is for illustrative purposes only, actual binding, cover or edition may vary.
The book has been read, but looks new. The book cover has no visible wear, and the dust jacket is included if applicable. No missing or damaged pages, no tears, possible very minimal creasing, no underlining or highlighting of text, and no writing in the margins.