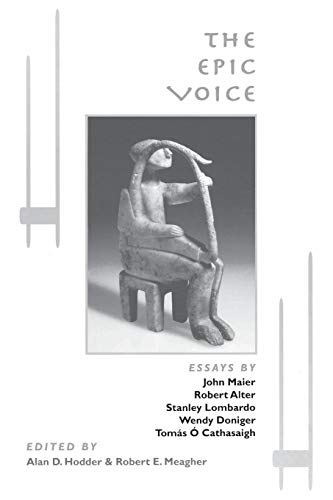 Examining five ancient texts, this volume addresses the classical Western conception of the epic. Though they may not all conform exactly to the conventions, much is to be gained by considering these ancient narratives collectively, as parts of a composite human whole.

All five of the epics discussed in this volume came to serve as the basis for an ethnic and national tradition of history, religion, and literature documenting, sometimes encyclopedically, the crucially formative events of a people's early collective experience. A sequential study of these stories will invite and provoke comparative questions and discussions of similar or parallel images, episodes, cultural values, narrative strategies, and poetic forms.

Of the five works discussed herein-the Mesopotamian Epic of Gilgamesh, the Hebrew David Story from 1 and 2 Samuel and 1 Kings, the Greek Odyssey of Homer, the Indian Ramayana of Valmiki, and the Irish Tain Bo Cuailnge-only the Odyssey conforms precisely to the classical Western conception of the epic, but much is to be gained by considering these several ancient narratives collectively, as parts of a composite human whole. All are set in a time of historical beginnings, when acts of bravery, violence, and conquest proved instrumental in the formation of a people and the shaping of a nation. All recount the exploits of a hero or heroes whose triumphs-and failings-prove to have a decisive impact on the destiny of an age and a culture. All reflect an entrenched culture of warriors and kings, whose acts of heroism and prowess on the battlefield become the subjects of song and celebration for a people just begining to take stock of their historical, cultural, and religious heritage.

In cultures wherein literacy was rare, books even rarer, mass media nonexistent, and entertainment few, hunger for and delight in stories must have been common and intense. The oldest of the stories discussed in this collection, Gilgamesh, dates back almost five thousand years, yet it and the others still resonate with modern readers. There is much pleasure to be had in discovering the common themes these epics share, and in realizing that they are stories as much for today as for yesterday.

ROBERT E. MEAGHER is Professor of Humanities at Hampshire College.

Introduction Gilgamesh David Odyssey Ramayana Tain Index
NLS9780275976057
9780275976057
027597605X
The Epic Voice by Alan D. Hodder
Alan D. Hodder
New
Paperback
ABC-CLIO
2002-03-30
168
N/A
Book picture is for illustrative purposes only, actual binding, cover or edition may vary.
This is a new book - be the first to read this copy. With untouched pages and a perfect binding, your brand new copy is ready to be opened for the first time
Trustpilot