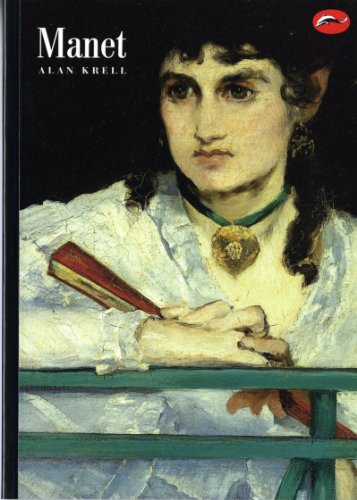 In Stock
$11.99
+10% GST
Manet challenged the society in which he lived through his art. He engaged with a Realist tradition, rather than Impressionism, and drew widely on the art of the past. This study examines the artist's intentions and the critical receptions of his work, manifested in cruel parodies and cartoons.
Very Good Good
Only 3 left

Manet: and the Painters of Contemporary Life by Alan Krell

There are some great painters whose influence is confined to the world of painting - others whose impact is felt more widely, who through their art are effectively moral critics, challenging the society in which they live. Manet was one of these. Rejecting the traditional `histories' and `mythologies' that won official acclaim, he turned instead to the life of his own time.

Yet he did not ally himself with the other painters of contemporary life, the Impressionists, preferring to engage with a Realist tradition, and at the same time drawing on the art of the past - Raphael, Titian, Velazquez, Goya - to confront his own age. It was a provocative programme and one which baffled the establishment.

In this freshly researched study Dr Alan Krell examines the artist's known intentions and the critical, sometimes bitterly hostile reception that he encountered. He sets Manet against Impressionists like Monet, Degas and Morisot, and shows how the artist's progressive social views - on sexuality, on the position of women, on the family - were expressed through a style equally `modern', yet rooted in the European artistic tradition.

'Brings out Manet's edgy relationship with fame, recognition and the drive to do sincere work' - Times Literary Supplement

Dr Alan Krell was formerly lecturer at the School of Art Theory at the University of New South Wales Australia.

GOR001960147
Manet: and the Painters of Contemporary Life by Alan Krell
Alan Krell
World of Art
Used - Very Good
Paperback
Thames & Hudson Ltd
1996-04-01
208
0500202893
9780500202890
N/A
Book picture is for illustrative purposes only, actual binding, cover or edition may vary.
This is a used book - there is no escaping the fact it has been read by someone else and it will show signs of wear and previous use. Overall we expect it to be in very good condition, but if you are not entirely satisfied please get in touch with us.