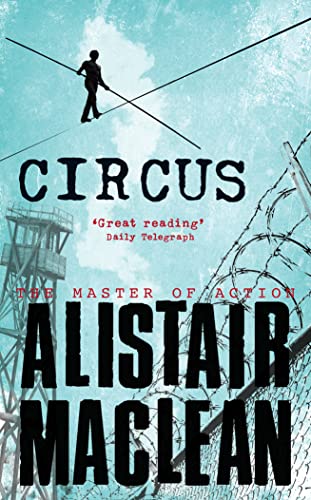 Reissue of the classic tale of espionage set in Cold War Europe, where the world's greatest circus acrobat must break into an impenetrable fortress, from the acclaimed master of action and suspense.

Reissue of the classic tale of espionage set in Cold War Europe, where the world's greatest circus acrobat must break into an impenetrable fortress, from the acclaimed master of action and suspense.

Bruno Wildermann of the Wrinfield Circus is the world's greatest trapeze artist, a clairvoyant with near-supernatural powers and an implacable enemy of the East European regime that arrested his family and murdered his wife.

The CIA needs such a man, and recruits Bruno for an impossible raid - on the impreganble Lubylan fortress, where his family his held.

Under cover of a circus tour, Bruno prepares to return to his homeland. But before the journey even begins a murderer strikes twice. Somewhere in the circus there is a communist agent with orders to stop Bruno at any cost...

GOR001065950
Circus by Alistair MacLean
Alistair MacLean
Used - Very Good
Paperback
HarperCollins Publishers
1993-06-02
288
0006167357
9780006167358
N/A
Book picture is for illustrative purposes only, actual binding, cover or edition may vary.
This is a used book - there is no escaping the fact it has been read by someone else and it will show signs of wear and previous use. Overall we expect it to be in very good condition, but if you are not entirely satisfied please get in touch with us.