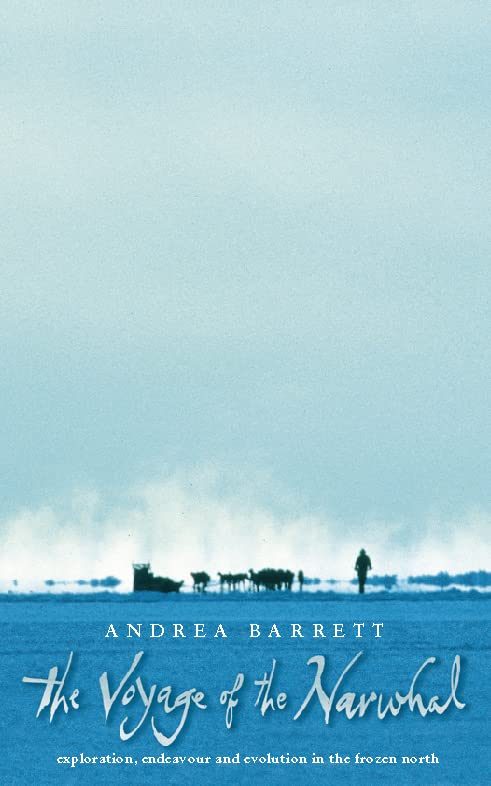 The Voyage of the Narwhal
by Andrea Barrett

A terrific tale of high endeavour and polar peril in the frozen north, and of the greater dangers that lie in wait in the seeming tranquillity of Civilization.

The Voyage of the Narwhal Summary

The Voyage of the Narwhal by Andrea Barrett

A terrific tale of high endeavour and polar peril in the frozen north, and of the greater dangers that lie in wait in the seeming tranquillity of Civilization.

Intelligent, accessible literary fiction of the highest order. Superbly dramatic, the novel's themes are entirely embodied in its action and its characters (no speeches, no authorial pronouncements).

Many an ambitious Victorian voyager was mesmerized northwards to the Pole and Zeke Voorhees, an irrepressible young man brought up on marine yarns, is one such. His own inherent magnetism gathers to him a ship's crew as varied and as intriguing as the polar flora and fauna two of their number are so keen to observe as natural historians. Voorhees sets his ship's course in the wake of Franklin's infamous expedition in search of an Open Polar Sea, but the Narwhal soon runs into difficulties all its own. Meanwhile back home in a New England humming with new ideas, all is frustration for the women the brave explorers leave behind...

A brilliant portrait of a society obsessed with mapping and classifying everything under the sun - including the icy Arctic - where the
emancipation of women and the evolution of species are the next great revolutions just stirring into life; and where a man (but not a woman) becomes a man by being outward bound, an adventurer, an explorer; and where millions are eager to hear these heroes' tales of peril on the seas, on the ice.

Customer Reviews - The Voyage of the Narwhal

Andrea Barrett lives in upstate New York. This is her fifth book.

GOR004377932
The Voyage of the Narwhal by Andrea Barrett
Andrea Barrett
Used - Very Good
Paperback
HarperCollins Publishers
1999-03-01
304
0002258714
9780002258715
N/A
Book picture is for illustrative purposes only, actual binding, cover or edition may vary.
This is a used book - there is no escaping the fact it has been read by someone else and it will show signs of wear and previous use. Overall we expect it to be in very good condition, but if you are not entirely satisfied please get in touch with us.