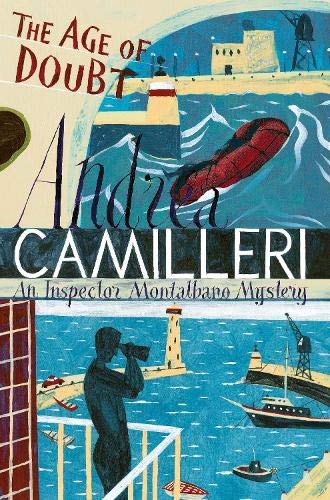 The Age of Doubt
by Andrea Camilleri

The Age of Doubt Summary

The Age of Doubt by Andrea Camilleri

A chance encounter with a strange young woman leads Inspector Montalbano to Vigata harbour - and into a puzzling new mystery. The crew of a mysterious yacht - the Vanna - due to dock in the area have discovered a corpse floating in the water, the dead man's face badly disfigured. It isn't long before Montalbano begins to become suspicious of the Vanna's inhabitants. Who is the yacht's owner, the glamorous and short-tempered Livia Giovannini? How has she accrued her riches? And why does she spend so much time at sea?

Meanwhile Montalbano finds himself getting into tangles with the dreaded Commissioner, the exasperating Dr Lattes and a very beautiful young woman at the harbour, with whom he becomes dangerously besotted . . . Can the Inspector clear his head long enough to unravel this murky mystery?

The Age of Doubt is followed by The Dance of the Seagull, the fifteenth book in the series.

The Age of Doubt Reviews

GOR007001394
The Age of Doubt by Andrea Camilleri
Andrea Camilleri
Inspector Montalbano mysteries
Used - Very Good
Paperback
Pan Macmillan
2014-04-24
320
1447276639
9781447276630
Short-listed for CrimeFest eDunnit Award 2013 (UK)
Book picture is for illustrative purposes only, actual binding, cover or edition may vary.
This is a used book - there is no escaping the fact it has been read by someone else and it will show signs of wear and previous use. Overall we expect it to be in very good condition, but if you are not entirely satisfied please get in touch with us.