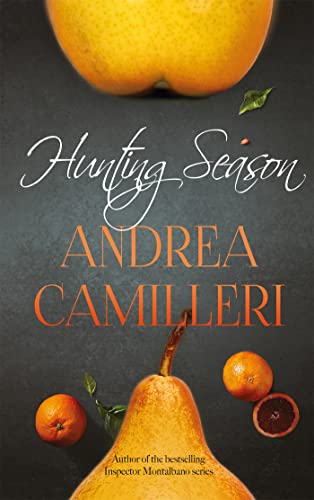 Sicily, 1880. When a stranger arrives in Vigata, the town's inhabitants immediately become unsettled. It seems the young man, Fofo, is the son of a local peasant legendary for his home-grown medicines; a man who was murdered many years before.

Fofo opens his own pharmacy in Vigata and his remedies are sought by many. But he soon finds himself entangled with the local nobility: Don Filippo - a philandering marchese set on producing a new heir, his long-suffering wife Donna Matilde, his eccentric elderly father Don Federico, his son Federico and beautiful daughter Ntonto, above all. But it won't be long before death visits Vigata and the town and its most noble family will never be the same again . . .

Both a delightful murder mystery and a comic novel of huge brio, fired by love and obsession and filled with memorable characters, Hunting Season is a captivating novel from Andrea Camilleri, the bestselling author of the Inspector Montalbano series.

GOR005896101
Hunting Season by Andrea Camilleri
Andrea Camilleri
Used - Very Good
Paperback
Pan Macmillan
2014-03-27
192
1447265939
9781447265931
N/A
Book picture is for illustrative purposes only, actual binding, cover or edition may vary.
This is a used book - there is no escaping the fact it has been read by someone else and it will show signs of wear and previous use. Overall we expect it to be in very good condition, but if you are not entirely satisfied please get in touch with us.