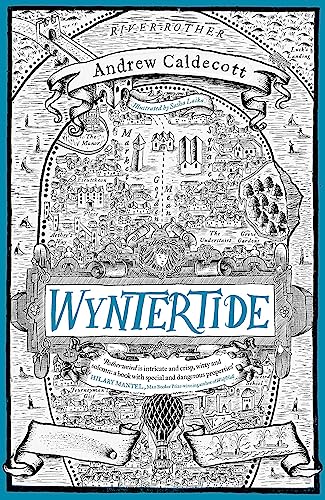 Used Price
$16.49
inc. GST
Free Shipping in Australia
Rotherweird, a place of 'special and dangerous properties' (Hilary Mantel), has resumed its abnormal normality after a happy ending to the travails of summer.
Reviews:
Trustpilot
Very Good

'Intricate and crisp, witty and solemn: a book with special and dangerous properties' Hilary Mantel on Rotherweird

'Baroque, Byzantine and beautiful - not to mention bold' - M.R. Carey on Rotherweird

For four hundred years, the town of Rotherweird has stood alone, made independent from the rest of England to protect a deadly secret.

But someone is playing a very long game. An intricate plot, centuries in the making, is on the move.

Everything points to one objective - the resurrection of Rotherweird's dark Elizabethan past - and to one date: the Winter Equinox.

A history-tragic-comedy all rolled into one, Rotherweird is intricate and crisp, witty and solemn: a book not unlike other books, but with special and dangerous properties. Line by line, silent and adroit, it opens a series of trap-doors in the reader's imagination

* HILARY MANTEL, two-time Man Booker prize winner *
Baroque, Byzantine and beautiful - not to mention bold. An enthralling puzzle picture of a book * M.R. CAREY, bestselling author of The Girl With All the Gifts *
Beautifully handled sequel that cooks up a banquet of dark delights. Once again, we are captivated by the compelling alchemy of plot, place and people: the quirks, the mysteries, the saintliness and the sheer bloody evil * Daily Mail *
To his lawyerly eye for detail he adds a conjurer's flourish in Wyntertide, the darkly hypnotic sequel to last year's bestseller Rotherweird . . . Rotherweird, Caldecott's fictional English town, has antecedents in Mervyn Peake's Gormenghast, C S Lewis's Narnia books and, inevitably, a certain bespectacled boy-wizard * Sunday Telegraph *
Darkly hypnotic -- Ed Power * The Daily Telegraph *
I loved every single thing about it. Wyntertide perfectly continues the journey that began in Rotherweird. Highly recommended * The Eloquent Page *
Wyntertide builds on all the best parts of its predecessor, introducing the reader to the wider history of Rotherweird, while relishing its small town drama * SciFiNow *
Even better than the first book . . . Seamlessly structured and reads at a galumphing pace . . . As Wynter's go, this is one cold snap that's very welcome indeed. 10/10 * Starburst *
I'd strongly recommend you to read it, and to keep reading * Blue Book Balloon *
Fiendishly plotted and carefully crafted * SFCrowsnest *
Caldecott's writing is literally spellbinding * The Digital Fix *
Well-written, an intriguing world and premise * Cannonball Read *
Enjoyable and highly original * Pile by the Bed *
Wonderfully inventive once again with that Heath Robinson feel that I noted last time. The characters are rich and vivid * Books and More Books *
Rollicking blend of historical fiction and fantasy, mixed together with an abundance of intricate (often word-related) puzzles, Wyntertide is a wonderful sequel to Rotherweird. I loved the characters, and found the curious mix of Elizabethan and modern setting and sensibility very appealing * Boffins Bookshop *
Compelling . . . the love child of Gormenghast and Hogwarts * Guardian on ROTHERWEIRD *
This novel is a remarkable achievement. It's also extremely funny, in a typically British sort of way . . . a delightful Harry Potter for grown-ups * Sunday Independent on ROTHERWEIRD *
Sublime . . . Call me greedy, but I'm already itching to return to Caldecott's universe * Irish Times on ROTHERWEIRD *

* Starburst on ROTHERWEIRD *
I LOVE this book. It just did something to me. I was utterly immersed from page one . . . This is a novel of magnificence and detail, of science and nature * FANTASTICAL LIBRARY on ROTHERWEIRD *

What an enjoyable read! So vividly written, I could visualise every winding street and twisting chimney of Rotherweird . . . If you like Ben Aaronovitch, Neil Gaiman or Susanna Clarke, this book is for you!

Andrew Caldecott is a QC specialising in media law; he has represented a wide variety of clients, from the BBC and the Guardian to supermodel Naomi Campbell. An occasional playwright, he turned his hand to fiction when, informed by his love of history, which he studied at New College, Oxford, he was seized by the notion of a city-state hiding a cataclysmic secret. Wyntertide continues the story started in Rotherweird.

GOR009874027
Wyntertide: Rotherweird Book II by Andrew Caldecott
Andrew Caldecott
Rotherweird
Used - Very Good
Paperback
Quercus Publishing
2019-04-04
496
1784298034
9781784298036
N/A
Book picture is for illustrative purposes only, actual binding, cover or edition may vary.
This is a used book - there is no escaping the fact it has been read by someone else and it will show signs of wear and previous use. Overall we expect it to be in very good condition, but if you are not entirely satisfied please get in touch with us.