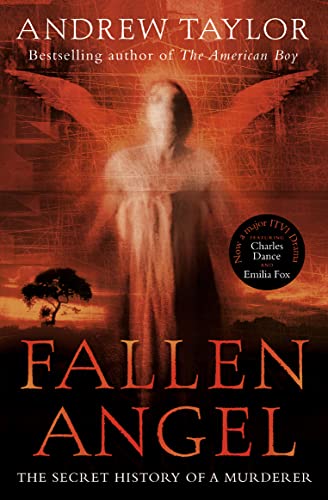 The thrilling and powerful psychological trilogy, reissued to coincide with a major 3 part TV adaptation, Fallen Angel, starring Charles Dance and Emilia Fox, from the bestelling author of `The American Boy'.

The thrilling and powerful psychological trilogy, reissued to coincide with a major 3 part TV adaptation, Fallen Angel, starring Charles Dance and Emilia Fox, from the bestelling author of `The American Boy'.

`Nobody's perfect,' says a little girl in a walled garden.

Certainly not the child stolen from a shabby London street. Or the sexually frustrated suburban vicar. Or least of all, perhaps, the woman who runs out of good times and comes to perch like a cuckoo in the bosom of a perfect family.

Fallen Angel uncovers the secret history of a murderer, tracing the full damage and horror of an unforgiving killer over forty years. A chilling account of one family's self-destruction, the story slowly strips away the past, like an archaeological dig into the very nature of evil.

Praise for the Roth Trilogy:

`Finely crafted...Taylor has established a sound reputation for writing tense novels that perceptively penetrate the human psyche.' The Times

`The author knows precisely how to wield suspense.' Independent on Sunday

`A major thriller talent.' Time Out

`Skilful, elegant, powerfully atmospheric, in which ancient evil shimmers like images trapped in a corridor of mirrors.' Literary Review

`It deals in the quietest, most civilized way with abominable suffering... a highly sinister piece of work.' Times Literary Supplement

`Complex, with lots of sinister implications... moves the traditional crime novel on to some deeper level of exploration.' Independent

`A highly praised trilogy of novels...they inform not only the heart but the brain since Taylor is a writer blessed with great compassion as well as an unerring eye for historical detail. His flawed heroes and heroines and narrators are people you have met before in the street. Their dilemmas are murderously mundane, but the scale of their tragedies devastating.' Frances Fyfield, Sunday Express

'A fascinating unravelling of the horrors that the past can visit on the present.' Val McDermid

Andrew Taylor is the award-winning author of a number of crime novels, including the Dougal series, the Lydmouth books and the Roth Trilogy, which was adapted into the acclaimed ITV drama `Fallen Angel'. `The American Boy' was a 2005 Richard & Judy Book Club choice.

He has won many awards, including the CWA John Creasey Award, an Edgar Scroll from the Mystery Writers of America and the CWA Ellis Peters Historical Daggers (the only author to win it twice). He and his wife live with their children in the Forest of Dean.

GOR001347941
Fallen Angel (The Roth Trilogy) by Andrew Taylor
Andrew Taylor
The Roth Trilogy
Used - Very Good
Paperback
HarperCollins Publishers
2007-03-05
928
0007249594
9780007249596
N/A
Book picture is for illustrative purposes only, actual binding, cover or edition may vary.
This is a used book - there is no escaping the fact it has been read by someone else and it will show signs of wear and previous use. Overall we expect it to be in very good condition, but if you are not entirely satisfied please get in touch with us.