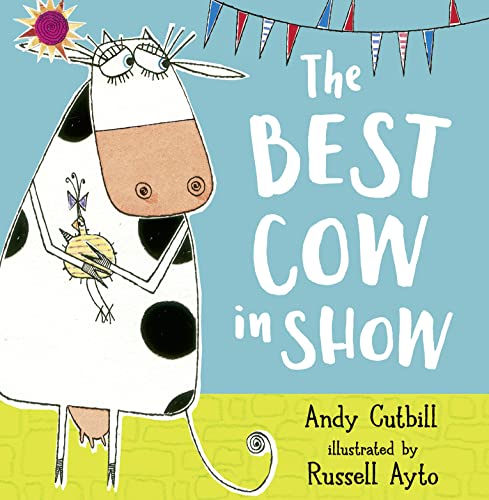 The Best Cow in Show
by Andy Cutbill

Hilarious sequel to The Cow That Laid an Egg

The Best Cow in Show Summary

The Best Cow in Show by Andy Cutbill

Hilarious sequel to The Cow That Laid an Egg

Marjorie the cow is terribly excited. She's going to enter her daughter, Daisy, in the Baby Cow Contest. Daisy has been a very special cow ever since the day that she surprised everyone by hatching out of an egg! Marjorie feels sure that Daisy will win, hooves down.

But the other mothers are starting to talk... Daisy isn't quite like the other babies; she's small and feathery, and she can't even chew the cud yet. Is there something Marjorie should know?

There are plenty of surprises in store for Marjorie the cow in this hilarious follow-up to `The Cow That Laid an Egg', introducing handsome new character, Derek the bull!

The Best Cow in Show Reviews

Praise for `The Witch's Children', illustrated by Russell Ayto:

GOR001635222
The Best Cow in Show by Andy Cutbill
Andy Cutbill
Used - Very Good
Paperback
HarperCollins Publishers
2009-03-05
32
0007179707
9780007179701
N/A
Book picture is for illustrative purposes only, actual binding, cover or edition may vary.
This is a used book - there is no escaping the fact it has been read by someone else and it will show signs of wear and previous use. Overall we expect it to be in very good condition, but if you are not entirely satisfied please get in touch with us.