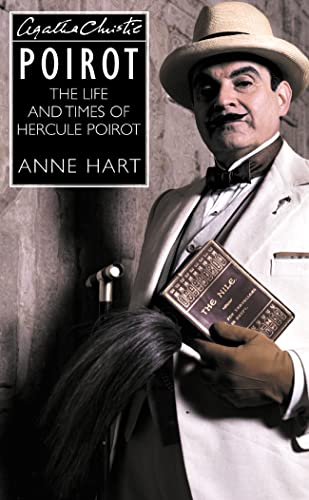 The definitive companion to the POIROT novels, films and TV appearances.

Agatha Christie's Poirot: The Life and Times of Hercule Poirot by Anne Hart

The definitive companion to the POIROT novels, films and TV appearances.

`My name is Hercule Poirot and I am probably the greatest detective in the world.'

The dapper, moustache-twirling little Belgian with the egg-shaped head, curious mannerisms and inordinate respect for his own 'little grey cells' has solved some of the most puzzling crimes of the century. Yet despite being familiar to millions, Poirot himself has remained an enigma - until now.

From his first appearance in 1920 to his last in 1975, from country-house drawing-rooms to opium dens in Limehouse, from Mayfair to the Mediterranean, Anne Hart stalks the legendary sleuth, unveiling the mysteries that surround him. Sifting through 33 novels and 56 short stories, she examines his origins, tastes, relationships and peculiarities, revealing a character as fascinating as the books themselves.

Anne Hart is a foremost expert on Agatha Christie and wrote her acclaimed biographies of Poirot and Marple with the full endorsement of Agatha Christie Limited. They have become regarded as the definitive works on their subjects.

GOR002646756
Agatha Christie's Poirot: The Life and Times of Hercule Poirot by Anne Hart
Anne Hart
Used - Good
Paperback
HarperCollins Publishers
1997-08-27
352
0006499570
9780006499572
N/A
Book picture is for illustrative purposes only, actual binding, cover or edition may vary.
This is a used book - there is no escaping the fact it has been read by someone else and it will show signs of wear and previous use. Overall we expect it to be in very good condition, but if you are not entirely satisfied please get in touch with us.