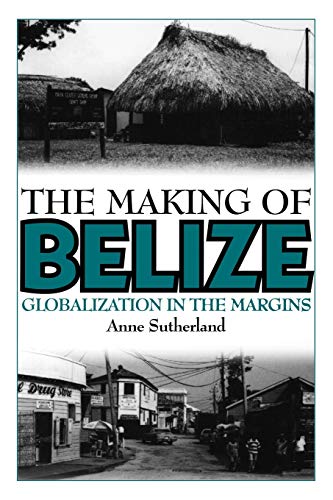 The Making of Belize by Anne Sutherland

This work documents the history and rapid globalization of Belize as it confronts postmodernity. The author discusses the challenge faced by Belizeans from the power of transnational eco-colonialists who have gained positions of political power through control of land and resources.

The Making of Belize: Globalization in the Margins by Anne Sutherland

Globalization theorists predict that the forces of globalization will divide the countries of the world into a few winners and many losers. This book challenges that idea and suggests that the very margins of the global world system-where the construction of local relations and group identities within a deterritorialized, transnational political economy allows for a creative postmodernism-may become the areas of the most creative cultural activity. The difficulties facing those who are globalizing in the margins come from powerful transnational movements such as the environmental movement, the international drug trade, and migrations of people including international tourists. Ironically, instant contact with the rest of the world has created a sense of local identity that transcends the local and is truly multicultural.

Belize is a diverse, multicultural society that is both cosmopolitan and deterritorialized, searching for new forms of collective expression, identity, and imagined possibilities, coming into its own as a nation at a time of increasing awareness of global social realities. Perhaps the rreatest challenge faced by Belizeans is the power of the transnational eco-colonialists who have, with missionary zeal, garnered control of land and resources and placed themselves in positions of political power. The present is an end of history for Belize and the beginning of a new era, one that is peculiarly postmodern, globalized, and creative.

ANNE SUTHERLAND is Professor of Anthropology at Macalester College in St. Paul, Minnesota. Her previous books include Caye Caulker: Economic Success in a Belizean Fishing Village (1986) and Gypsies, The Hidden Americans (1986).

Making Belize An Ethnographic History Political Economy and Cultural Mosaic Family Ties on Caye Caulker Flapping Around A Nation in the Making The Nation in the Making Belizean Ethnicity The Tourists are Coming Tour Guides and Rastas Globalization in the Margins The New Missionaries the Sea Lottery Bananas and Banks Belize Communicating with the Globe Conclusion Bibliography Index
NLS9780897895835
9780897895835
0897895835
The Making of Belize: Globalization in the Margins by Anne Sutherland
Anne Sutherland
New
Paperback
ABC-CLIO
1998-07-30
224
N/A
Book picture is for illustrative purposes only, actual binding, cover or edition may vary.
This is a new book - be the first to read this copy. With untouched pages and a perfect binding, your brand new copy is ready to be opened for the first time
Trustpilot