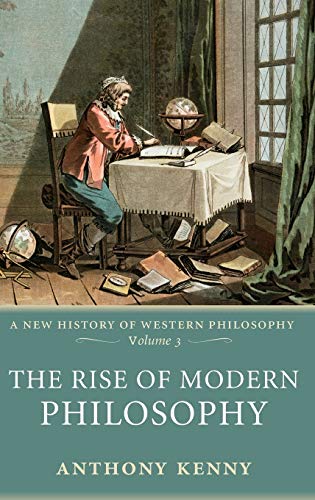 Used Price
$51.99
inc. GST
Free Shipping in Australia
Presenting a story of the emergence of the great ideas and worldviews of modern thought, this illustrated book introduces the readers to some of the world's most original and influential thinkers, and shows them the way to an understanding of their famous works.
Reviews:
Trustpilot
Very Good

The Rise of Modern Philosophy Summary

Sir Anthony Kenny's engaging new history of Western philosophy now advances into the modern era. The Rise of Modern Philosophy is the fascinating story of the emergence, from the early sixteenth to the early nineteenth century, of great ideas and intellectual systems that shaped modern thought. Kenny introduces us to some of the world's most original and influential thinkers, and shows us the way to an understanding of their famous works. The thinkers we meet include Rene Descartes, traditionally seen as the founder of modern philosophy; the great British philosophers Hobbes, Locke, and Hume; and the towering figure of Immanuel Kant, who perhaps more than any other made philosophy what it is today. In the first three chapters Kenny tells the story chronologically: his lively accessible narrative brings the philosophers to life and fills in the historical and intellectual background to their work. It is ideal as the first thing to read for someone new to the history of modern philosophy. In the seven chapters that follow Kenny looks closely at each of the main areas of philosophical exploration in this period: knowledge and understanding; the nature of the physical universe; metaphysics (the most fundamental questions there are about existence); mind and soul; the nature and content of morality; political philosophy; and God. A selection of intriguing and beautiful illustrations offer a vivid evocation of the human and social side of philosophy. Anyone who is interested in how our understanding of ourselves and our world developed will find this a book a pleasure to read.

Sir Anthony Kenny is one of Britain's most distinguished academic figures. He has been Pro-Vice-Chancellor of the University of Oxford, Master of Balliol College, Chairman of the Board of the British Library, and President of the British Academy. He has published more than forty books on philosophy and history.