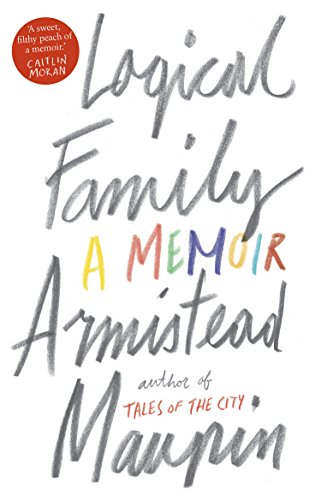 Used Price
$20.99
inc. GST
Free Shipping in Australia
In this funny, poignant and unflinchingly honest memoir, one of the world's best-loved storytellers explains how he evolved from a conservative son of the Old South into a gay rights pioneer whose novels inspired millions to claim their own lives.
Reviews:
Trustpilot
Very Good Good

In this funny, poignant and unflinchingly honest memoir, one of the world's best-loved storytellers explains how he evolved from a conservative son of the Old South into a gay rights pioneer whose novels inspired millions to claim their own lives. It is a journey that leads him from the racism and misogyny of mid-century North Carolina to a homoerotic Navy initiation ceremony in the jungles of Vietnam to an awkward conversation about girls with President Richard Nixon in the Oval Office of the White House. After losing his virginity to another man 'on the very spot where the first shots of the Civil War were fired', Maupin packs his earthly belongings into his Opel GT (including a portrait of a Confederate ancestor) and heads west to that strangest of strange lands: San Francisco in the early 1970's.

Master storyteller Armistead Maupin - the man who defined the difference between 'a biological family' and 'a logical family,' who is both gifted with fearless art and the ability to speak for millions - finally tells his own story. Logical Family is a sweet, filthy peach of a memoir from a cultural explosion of a man -- Caitlin Moran
A book for any of us, gay or straight, who have had to find our family. Maupin is one of America's finest storytellers, and the story of his life is a story as fascinating, as delightful and as compulsive as any of the tales he has made up for us. -- Neil Gaiman
Should be read by anyone who has ever loved and lost . . . Maupin still has the knack of being able to make you laugh and cry on the same page * Evening Standard *
I read Logical Family as slowly as I could, quite as I could never have read any of the Tales volumes all those years ago. The pleasure of its chapters, each a short story focussing on another member of Armistead's extended tribe, was such a heartwarming delight, I couldn't bear to have it pass me by. It was like having the great man visit and sit smoking and gossiping from an armchair at the foot of the bed. -- Patrick Gale
[A] highly readable memoir.. .moving and with prize moments. * Observer *

For more information on Armistead Maupin and his books, see his website at www.armisteadmaupin.com

GOR009581395
Logical Family: A Memoir by Armistead Maupin
Armistead Maupin
Used - Very Good
Paperback
Transworld Publishers Ltd
2018-06-28
352
1784161047
9781784161040
N/A
Book picture is for illustrative purposes only, actual binding, cover or edition may vary.
This is a used book - there is no escaping the fact it has been read by someone else and it will show signs of wear and previous use. Overall we expect it to be in very good condition, but if you are not entirely satisfied please get in touch with us.