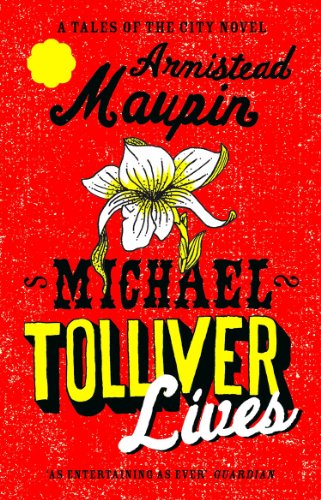 Michael Tolliver Lives: Tales of the City 7 by Armistead Maupin

____________________ Soon to be a Netflix series starring Ellen Page and Laura Linney . . . This is a novel about the act of growing older joyfully and the everyday miracles that somehow make that possible. ____________________ Maupin revisits his all-too-human hero, Michael Tolliver, letting the 55-year-old gardener tell his story in his own voice. Having survived the plague that took so many of his friends and lovers, Michael has learned to embrace the random pleasures of life, the tender alliances that sustain him in the hardest of times. We follow the protagonist as he finds love with a younger man, attends to his dying fundamentalist mother in Florida, and finally reaffirms his allegiance to a wise octogenarian who was once his landlady. And many familiar faces from the Tales of the City series make appearances along the way . . .

"More than enough charm, wit and pathos to keep even a Maupin virgin enthralled" * Independent *
"A book of considerable charm" * Daily Mail *
"Comedy in its most classical form... some of the sharpest and most speakable dialogue you are ever likely to read" * Guardian *
"May well be the funniest series of novels currently in progress... Maupin's ear for dialogue is as acute as his feeling for characterisation, and the net result is as engaging a read as you are likely to encounter" * The Times *
"The Tales of the City sequence has been one of the literary menus plaisirs of the past decade - Maupin with his elegance and charm has found a place among the classics" * Observer *

GOR009684601
Michael Tolliver Lives: Tales of the City 7 by Armistead Maupin
Armistead Maupin
Tales of the City
Used - Like New
Paperback
Transworld Publishers Ltd
2008-06-02
336
0552772933
9780552772938
N/A
Book picture is for illustrative purposes only, actual binding, cover or edition may vary.
The book has been read, but looks new. The book cover has no visible wear, and the dust jacket is included if applicable. No missing or damaged pages, no tears, possible very minimal creasing, no underlining or highlighting of text, and no writing in the margins.