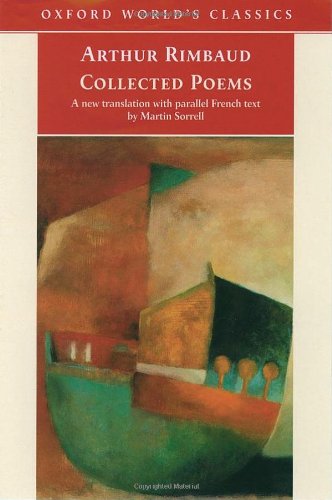 In Stock
$15.99
+10% GST
Rimbaud is the enfant terrible of French literature and this bilingual edition provides all of Rimbaud's poems. It also includes some of his prose pieces, chosen because they offer a commentary on his poetic concerns.
Very Good Well Read
Only 2 left

'Rimbaud, the poet of revolt, and the greatest' Albert Camus Rimbaud is the enfant terrible of French literature, the precocious genius whose extraordinary poetry is revolutionary in its visionary, hallucinatory content and its often liberated forms. He wrote all his poems between the ages of about 15 and 21, after which he turned his back on family, friends, and France to roam the world. In his final years he was a trader in the Horn of Africa. Out of the brief, colourful life and the poetry of sensory wildness has been created the myth of Rimbaud, an enduring icon of youth, rebellion, and freedom. But behind the myth lies a poetic adventure of high ambition and painful rigour, poignant yet heroic. Rimbaud is one of the greatest French poets of all times. This bilingual edition provides all of Rimbaud's poems, with the exception of his Latin verses and some small fragments. It also includes some of his prose pieces, chosen because they offer a commentary on his poetic concerns.

...user-friendly parallel text, which makes it the ideal choice for students The Cambridge Quarterly, Vol. 36, No. 1

Martin Sorrell has published several anthologies of French verse, translated plays for stage and radio, and has had two original plays and three stories broadcast on BBC radio. For OUP he has translated Verlaine's Selected Poems for OWC.

GOR002668014
Collected Poems by Arthur Rimbaud
Arthur Rimbaud
Oxford World's Classics
Used - Very Good
Paperback
Oxford University Press
2001-06-07
384
0192833448
9780192833440
N/A
Book picture is for illustrative purposes only, actual binding, cover or edition may vary.
This is a used book - there is no escaping the fact it has been read by someone else and it will show signs of wear and previous use. Overall we expect it to be in very good condition, but if you are not entirely satisfied please get in touch with us.