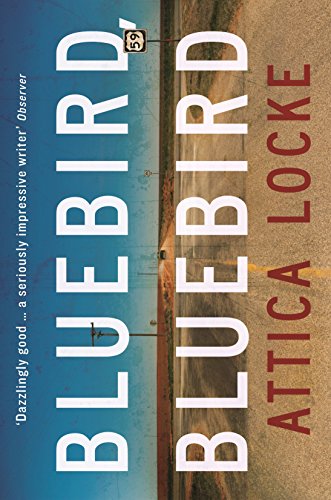 Used Price
$25,99
inc. GST
Free Shipping in Australia
Highway 59 is the forgotten route that connects the backwood towns across the state of Texas. It's a place that time - and justice - seem to have forgotten. But then, two bodies wash up in a bayou outside the tiny town of Lark in three days: a poor local white girl, barely nineteen, and a well-to-do African-American lawyer from Chicago.
Reviews:
Trustpilot
Very Good

Winner of the 2018 CWA Steel Dagger and the 2018 Edgar Award A powerful thriller about the explosive intersection of love, race, and justice from a writer and producer of the Emmy winning Fox TV/Channel 4 show Empire 'Dazzlingly good ... a seriously impressive writer' Observer Southern fables usually go the other way around. A white woman is killed or harmed in some way, real or imagined, and then, like the moon follows the sun, a black man ends up dead. But when it comes to law and order, East Texas plays by its own rules - a fact that Darren Mathews, a black Texas Ranger working the backwoods towns of Highway 59, knows all too well. Deeply ambivalent about his home state, he was the first in his family to get as far away from Texas as he could. Until duty called him home. So when allegiance to his roots puts his job in jeopardy, he is drawn to a case in the small town of Lark, where two dead bodies washed up in the bayou. First a black lawyer from Chicago and then, three days later, a local white woman, and it's stirred up a hornet's nest of resentment. Darren must solve the crimes - and save himself in the process - before Lark's long-simmering racial fault lines erupt.

Attica Locke is the author of Pleasantville, which won the 2016 Harper Lee Prize for Legal Fiction and was longlisted for the Baileys Women's Prize for Fiction; Black Water Rising, which shortlisted for the Orange Prize and was nominated for an Edgar Award and an NAACP Image Award; and The Cutting Season, a national bestseller and winner of the Ernest Gaines Award for Literary Excellence. Attica is also a screenwriter and has written for Paramount, Warner Bros, Twentieth Century Fox, HBO, Dreamworks and was a writer and producer on the drama Empire. A native of Houston, Texas, Attica lives in Los Angeles, California, with her husband and daughter.

GOR008732641
Bluebird, Bluebird by Attica Locke
Attica Locke
Highway 59
Used - Very Good
Hardback
Profile Books Ltd
2017-09-27
320
1781257671
9781781257678
N/A
Book picture is for illustrative purposes only, actual binding, cover or edition may vary.
This is a used book - there is no escaping the fact it has been read by someone else and it will show signs of wear and previous use. Overall we expect it to be in very good condition, but if you are not entirely satisfied please get in touch with us.