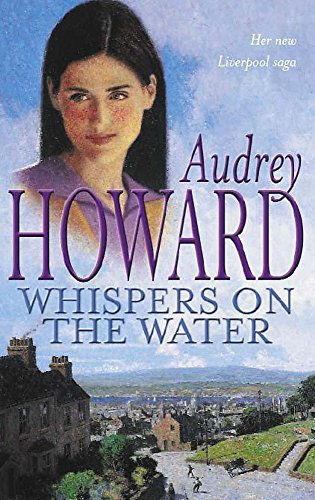 Whispers on the Water
by Audrey Howard

In Stock
$13.49
inc. GST
Early twentieth century Liverpool is the setting for Audrey Howard's bittersweet story of a courageous girl who becomes a woman against a background of war and tragedy - and a love that transcends both.
Very Good Good
6 in stock

Whispers on the Water Summary

Whispers on the Water by Audrey Howard

Tomboy Grace Tooley meets Rupert Bradley when her eldest brother's sudden death forces her to take on burdens beyond her years. From then on, Grace gives her heart to her brother's wealthy friend, but he sees her as a mere girl and marries a woman from his own station in life.

They meet again when the Great War has changed them both. Grace has suffered loss and pain and emerged as a strong, passionate woman. Rupert, nearly broken by the horrors he has endured, has been humiliated by the bride who once seemed so right for him, and he rejects Grace's love and any hope of future happiness. But Grace is determined to rediscover the spirit of the only boy she ever loved in the man who is ready to die.

Whispers on the Water Reviews

Among the dross that constitutes the Liverpool saga market for women, Howard's enjoyable 19th-century historical romance of crossed love shines out. * Daily Mail, *
Poignant and well plotted, this is the book to curl up with to shut out troubles. * Woman's Realm on BEYOND THE SHINING WATER *
Her thousands of fans recognise the artistry of a true storyteller * Lancashire Life *
Life and middle class living in Liverpool in the early 1900's is the colourful backcloth for the latest novel from this master storyteller * Coventry Evening Telegraph *
This saga is, like all of Audrey Howard's books, compelling and memorable...a joy to read * The Historical Novels Review (A Place Called Hope) *

Audrey Howard was born in Liverpool in 1929. Before she began to write she had a variety of jobs, among them hairdresser, model, shop assistant, cleaner and civil servant. In 1981, while living in Australia, she wrote the first of her bestselling novels. She lives in St Anne's on Sea, her childhood home.

GOR000815104
Whispers on the Water by Audrey Howard
Audrey Howard
Used - Very Good
Paperback
Hodder & Stoughton General Division
2002-10-03
544
0340769335
9780340769331
N/A
Book picture is for illustrative purposes only, actual binding, cover or edition may vary.
This is a used book - there is no escaping the fact it has been read by someone else and it will show signs of wear and previous use. Overall we expect it to be in very good condition, but if you are not entirely satisfied please get in touch with us.