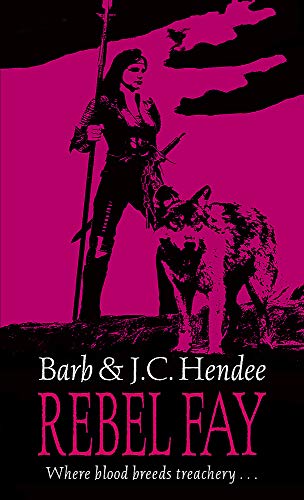 Half-elven Leesil burns with the need to rescue his mother, an alleged traitor, now held captive by elven assassins. But his obsession will endanger him and his friends, as they cross the mountains in the dead of winter, to a land known for its eerie beauty and hatred of humanity. For all of them, the journey will raise more questions than answers ...

Magiere, part-human, part-vampire, is plagued by visions of humanity's ancient enemy. But which side is she destined to serve? And Chap, their canine guardian, faces a new fear. He united Magiere and Leesil for his kin, their goal being creation of an alliance against the forces of dark magics. But now this alliance is under threat, why have the Fay abandoned him?

'A mix of THE LORD OF THE RINGS and BUFFY THE VAMPIRE SLAYER ... an engaging adventure' Kevin J. Anderson

Barb and J. C. Hendee live just outside Boulder, Colorado, close to the Rocky Mountains. He teaches English at the Metropolitan State College of Denver, and she teaches at the University of Colorado at Denver.

GOR010593272
Rebel Fay by Barb Hendee
Barb Hendee
Used - Like New
Paperback
Little, Brown Book Group
2007-09-06
528
1841496014
9781841496016
N/A
Book picture is for illustrative purposes only, actual binding, cover or edition may vary.
This is a used book - there is no escaping the fact it has been read by someone else and it will show signs of wear and previous use. Overall we expect it to be in very good condition, but if you are not entirely satisfied please get in touch with us.