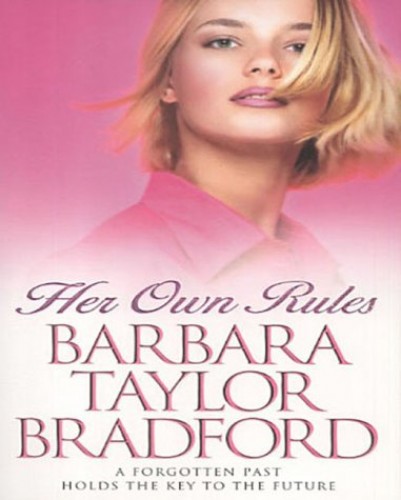 Her Own Rules
by Barbara Taylor Bradford

Used Price
$11.99
inc. GST
Free Shipping in Australia
From the internationally bestselling author of A Woman of Substance

A forgotten past hides the key to the future.

Her Own Rules Summary

Her Own Rules by Barbara Taylor Bradford

From the internationally bestselling author of A Woman of Substance

A forgotten past hides the key to the future.

Meredith Stratton, at forty-four the owner of six elegant international inns, is about to celebrate her daughter's engagement. At this seemingly happy time in her life she begins to suffer from a strange illness that baffles everyone. Her doctor cannot find a physical cause for her debilitating symptoms, and, desperate for answers, she seeks the help of a psychiatrist. Through therapy Meredith peels back the layers of her life to discover the truth behind her most careful creation - herself. Determined to get well, Meredith traces her roots back to another country where she learns about childhood experiences that dramatically changed her life. What she discovers is not only the key to the past but to her future happiness and fulfilment as a woman.

Moving from the Connecticut countryside, the busy streets and suites of London, Paris and New York, to the pastoral beauty of a chateau in the Loire, Her Own Rules is an exciting and suspenseful novel about secrets, survival, redemption and love.

Customer Reviews - Her Own Rules

Her Own Rules Reviews

GOR004089690
Her Own Rules by Barbara Taylor Bradford
Barbara Taylor Bradford
Used - Very Good
Paperback
HarperCollins Publishers
1996-09-13
336
058621741X
9780586217412
N/A
Book picture is for illustrative purposes only, actual binding, cover or edition may vary.
This is a used book - there is no escaping the fact it has been read by someone else and it will show signs of wear and previous use. Overall we expect it to be in very good condition, but if you are not entirely satisfied please get in touch with us.