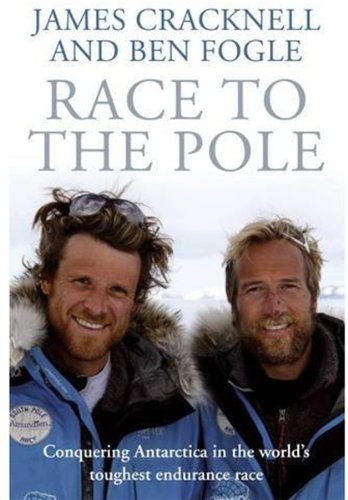 Race to the Pole
by Ben Fogle

In Stock
$19.49
inc. GST
A very British adventure: the first race to the South Pole since Scott and Amundsen, 100 years ago
Very Good Good Well Read
Only 4 left

Race to the Pole Summary

Race to the Pole by Ben Fogle

New Year's Day, 2009. Somewhere on the bottom of the world, six teams of adventurers and explorers have gathered to race one another, on foot, to the South Pole. It is the first time that anyone has undertaken such a race in almost a hundred years; the first time since the great Norwegian, Roald Amundsen, beat Captain Scott to the same goal in 1911.

The stakes are high, as double-Olympic Gold-winning medallist James Cracknell and TV presenter and adventurer Ben Fogle must contend with hidden crevasses, frostbite and the favourites to win: a team of teak-hard former soldiers from Norway, trained in Arctic warfare. Temperatures as low as minus 45 degrees Celsius lie in store for the teams as they attempt to ski across 800 kilometres of unforgiving, icy wilderness, pulling behind them sledges laden with equipment, tents and food.

Race to the Pole is a rip-roaring 'boy's own' adventure packed with excitement, humour and even a few tears. But with just a few months to learn to cross-country ski before the start, and with national pride at stake, can Ben and James re-write history and beat the Norwegians?

Ben Fogle is the author of several books including The Accidental Adventurer, The Crossing and Race to the Pole. He has presented numerous television programs, including the BBC's Animal Park, Countryfile and Extreme Dreams. Ben's sporting achievements include completing the gruelling 160-mile 'Marathon Des Sables' through the Sahara, and rowing across the Atlantic with double Olympic Gold Medallist James Cracknell, OBE. James Cracknell, OBE is a rowing champion and double Olympic Gold Medallist. Since completing the Atlantic race, James has continued to write a regular column for the Daily Telegraph, and recently completed an epic 1,400-mile triathlon for charity, rowing from Dover to France, cycling from there to Tarifa in Spain and finally swimming the Straits of Gibraltar to Morocco. He has written of his adventures with adventurer and presenter Ben Fogle in Race to the Pole.

GOR001805968
Race to the Pole by Ben Fogle
Ben Fogle
Used - Very Good
Paperback
Pan Macmillan
2009-06-05
352
0230744117
9780230744110
N/A
Book picture is for illustrative purposes only, actual binding, cover or edition may vary.
This is a used book - there is no escaping the fact it has been read by someone else and it will show signs of wear and previous use. Overall we expect it to be in very good condition, but if you are not entirely satisfied please get in touch with us.