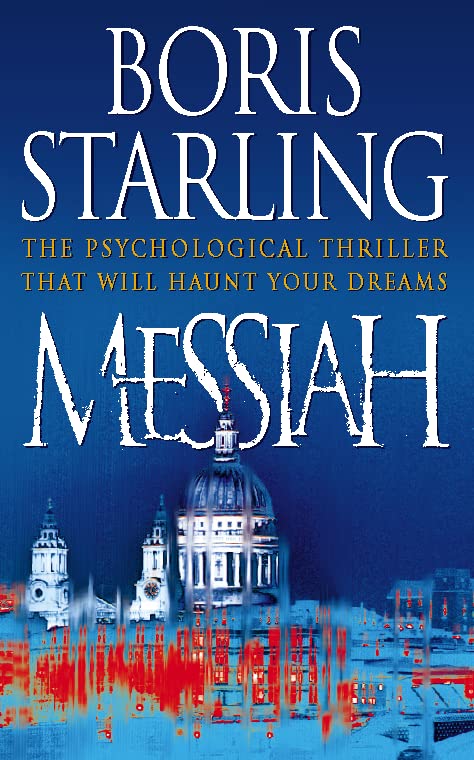 A stunning, shocking, wonderfully well written debut reminiscent of James Patterson and one that will catapault Boris Starling to the front rank of thriller writers.

A stunning, shocking, wonderfully well written debut reminiscent of James Patterson and one that will catapault Boris Starling to the front rank of thriller writers.

London is in the grip of a heatwave: airless days, strange steamy nights and a killer stalking the streets. Wealthy men are being murdered to some mysterious pattern, with no clues left behind, only corpses with silver spoons in place of their tongues...

Set against this merciless butcher is DCI Red Metcalfe, an investigator with a celebrated ability to get under the skin and into the minds of the deranged killers he hunts. But as the city swelters and the body count rises, Red's own tortured past begins to turn against him - and the city is safe for no one. Sometimes, it is said, it takes a killer to catch a killer...

The most compelling and suspenseful British thriller to come along in years, and Boris Starling is a startling and powerful talent to watch. Messiah is guaranteed to haunt your dreams...

`Not a book to be read alone at night... an intelligent, tense rollercoaster ride with a steely grip.' The Times

`You'll be pinned helplessly to every chilling page'
Company

GOR000588813
Messiah by Boris Starling
Boris Starling
Used - Very Good
Paperback
HarperCollins Publishers
1998-10-05
496
0006512046
9780006512042
N/A
Book picture is for illustrative purposes only, actual binding, cover or edition may vary.
This is a used book - there is no escaping the fact it has been read by someone else and it will show signs of wear and previous use. Overall we expect it to be in very good condition, but if you are not entirely satisfied please get in touch with us.