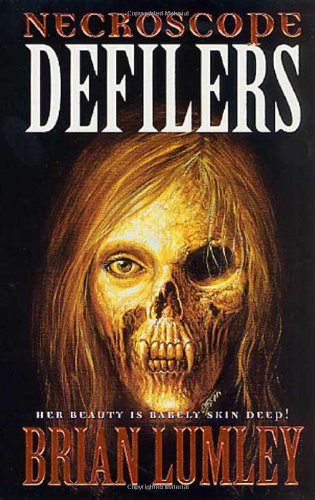 In Stock
$16.49
+10% GST
Jake wants revenge against the Italian mobsters who killed the woman he loved. Vampire hunting can wait until his own bloodlust is satisfied. And then Jake discovers that the gangsters he's trying to kill are vampire-spawn hidden for two generations in human guise.
Very Good
Only 1 left

Brian Lumley is the author of the bestselling Necroscope series of vampire novels. The first "Necroscope," Harry Keogh, also appears in a collection of Lumley's short fiction, "Harry Keogh and Other Weird Heroes," along Titus Crow and Henri Laurent de Marigny, from T"itus Crow, Volumes One, Two, and Three," and "David Hero and Eldin the Wanderer," from the" Dreamlands" series.
An acknowledged master of Lovecraft-style horror, Brian Lumley has won the British Fantasy Award and been named a Grand Master of Horror. His works have been published in more than a dozen countries and have inspired comic books, role-playing games, and sculpture, and been adapted for television.
When not writing, Lumley can often be found spear-fishing in the Greek islands, gambling in Las Vegas, or attending a convention somewhere in the US. Lumley and his wife live in England.

GOR003584827
Necroscope: Defilers by Brian Lumley
Brian Lumley
Used - Very Good
Hardback
St Martin's Press
2000-05-31
448
0312872615
9780312872618
N/A
Book picture is for illustrative purposes only, actual binding, cover or edition may vary.
This is a used book - there is no escaping the fact it has been read by someone else and it will show signs of wear and previous use. Overall we expect it to be in very good condition, but if you are not entirely satisfied please get in touch with us.