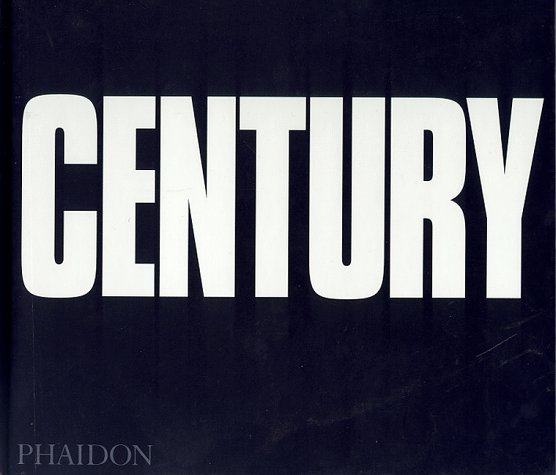 In Stock
$118.99
inc. GST
An extraordinary, award-winning history of the last century in photographs.
Very Good
Only 1 left

Before even opening this award-winning book, you are struck by the sheer physical presence of Century. With 1,120 pages and 1,072 images, this colossal volume offers an informative, intimate and incisive insight into the twentieth century from the very beginning to the very end. Century is an extensive historical trajectory through the twentieth century, told through an eclectic yet exhaustive sequence of monumental photographic images.

More than any other before it, the twentieth century was one of unforeseeable advances, discoveries and victories as well as unanticipated atrocities and suffering. It was also the first century to have been documented entirely through the lens of the camera. The chronological journey of Century - in a visually extraordinary sequence of images - takes us from the end of Queen Victoria's reign, through the antics of Buster Keaton and the odyssey into outer space and the fall of the Berlin Wall. Assimilated from diverse sources across the world, the photographs are instantly arresting and tirelessly thought-provoking. Selected for their capacity to expose distinctly human stories with the dynamism that drives historical change, the tome combines iconic images with photographs previously unseen, from international political events to highly personal and anonymous vignettes.

Each photograph is substantiated by a brief but thorough historical explanation; every single scene is brought to life by evocative literary and political quotations. Century is as much an historical tour de force as it is an enlightening visual celebration of the past from a vast range of angles.

'Open Century at any point and it is instantly, relentlessly gripping.' (San Francisco Chronicle) 'A complex and suggestive book. It's a triumph, maybe a masterpiece.' (Independent on Sunday) 'Picture editors sometimes possess a startlingly accurate 'photographic memory' and an intuitive divining-rod which leads them through vast archives to the images they need. Bruce Bernard is one of these. I don't know anyone else with either the chutzpah or the qualifications to attempt a book like this. The compiler is both a great showman and a serious chronicler. He retains one's attention and faith right the way through. Century is extraordinary. A wonderbook.' (The Spectator) 'This is a great book. As photographic history, its sweep and grandeur are incomparable. The culmination of the career of our most revered picture editor, Bruce Bernard has produced the monument to photo-journalism he has long had in mind. Certainly every prime minister and sixth-former should have a copy and refer to it every day.' (Literary Review) 'If you want one book that sums up our century in pictures, the one to get is Century.' (Daily Mail) 'A veritable road map of the 20th century's seminal events.' (American Photo) 'Bruce Bernard has unrivalled knowledge and discernment in the field of photography, as well as a firm grasp of the history and culture of the 20th century. Nobody could have done this job better than he and his publishers. This enormous, beautifully produced volume is very good value. The book as a whole gives an impression of an extraordinary century that feels both natural and true.' (The Oldie) 'The heavyweight champ of photo books.' (USA Today)

Bruce Bernard (1929-2000) was Picture Editor of The Sunday Times Magazine and in 1980 he produced Photodiscovery - a highly respected account of the revolution in attitudes to photography. Bernard was Visual Arts Editor of the Saturday Independent Magazine for its first four years. He curated the exhibition 'All Human Life' at London's Barbican Centre in 1996, and was the curator of a private collection of photographs. Century is the culmination of his extensive knowledge and the experience he gained during 30 years of looking at pictures.

Terence McNamee, who acted as historical advisor and wrote the historical background for Century, studied politics and international relations at the University of British Columbia, Vancouver, and at the McGill University, Montreal.

GOR002014972
Century: One Hundred Years of Human Progress, Regression, Suffering and Hope by Bruce Bernard
Bruce Bernard
Used - Very Good
Hardback
Phaidon Press Ltd
1999-09-23
1120
0714838489
9780714838489
N/A
Book picture is for illustrative purposes only, actual binding, cover or edition may vary.
This is a used book - there is no escaping the fact it has been read by someone else and it will show signs of wear and previous use. Overall we expect it to be in very good condition, but if you are not entirely satisfied please get in touch with us.