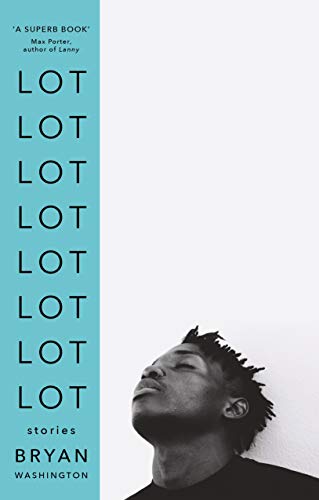 Stories of a young man finding his place among family and community in Houston, from a powerful, emerging American voice.

* One of Barack Obama's Favourite Books of the Year *

Stories of a young man finding his place among family and community in Houston, from a powerful, emerging American voice.

In the city of Houston - a sprawling, diverse microcosm of America - the son of a black mother and a Latino father is coming of age. He's working at his family's restaurant, weathering his brother's blows, resenting his older sister's absence. And discovering he likes boys.

This boy and his family experience the tumult of living in the margins, the heartbreak of ghosts, and the braveries of the human heart. The stories of others living and thriving and dying across Houston's myriad neighbourhoods are woven throughout to reveal a young woman's affair detonating across an apartment complex, a rag-tag baseball team, a group of young hustlers, the aftermath of Hurricane Harvey, a local drug dealer who takes a Guatemalan teen under his wing, and a reluctant chupacabra.

Bryan Washington's brilliant, viscerally drawn world leaps off the page with energy, wit, and the infinite longing of people searching for home. With soulful insight into what makes a community, a family, and a life, Lot is about love in all its unsparing and unsteady forms.

GOR011362778
9781786497833
1786497832
Lot by Bryan Washington
Bryan Washington
Used - Like New
Hardback
Atlantic Books
20190801
240
Winner of DYLAN THOMAS PRIZE 2020 (UK) Winner of Lambda Literary Award 2020 Short-listed for NYPL Young Lions Fiction Award 2020 Long-listed for The Story Prize 2020 null null null null null null
Book picture is for illustrative purposes only, actual binding, cover or edition may vary.
The book has been read, but looks new. The book cover has no visible wear, and the dust jacket is included if applicable. No missing or damaged pages, no tears, possible very minimal creasing, no underlining or highlighting of text, and no writing in the margins
Trustpilot