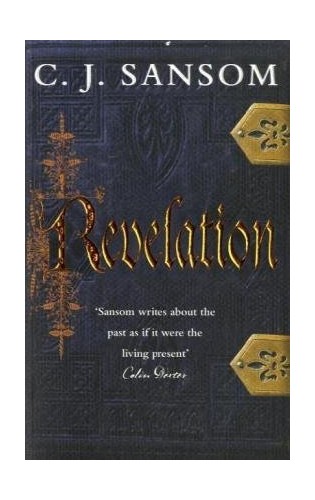 Spring, 1543. King Henry VIII is wooing Lady Catherine Parr, whom he wants for his sixth wife. But this time the object of his affections is resisting. Archbishop Cranmer and the embattled Protestant faction at court are watching keenly, for Lady Catherine is known to have reformist sympathies.

When an old friend is horrifically murdered Shardlake promises his widow, for whom he has long had complicated feelings, to bring the killer to justice. His search leads him to both Cranmer and Catherine Parr - and with the dark prophecies of the Book of Revelation.

As London's Bishop Bonner prepares a purge of Protestants Shardlake, together with his assistant, Jack Barak, and his friend, Guy Malton, follow the trail of a series of horrific murders that shake them to the core, and which are already bringing frenzied talk of witchcraft and a demonic possession - for what else would the Tudor mind make of a serial killer . . .?

Praise for the Matthew Shardlake series:
"Remarkable. . . . The sights, the voices, the very smell of this turbulent age seem to rise from the page."
--"P.D. James
""Terrific . . . a remarkable, imaginative feat. It is a first-rate murder mystery and one of the most atmospheric historical novels I've read in years."
--"The Mail on Sunday
""Historical crime fiction is sometimes little more than a modern adventure in fancy dress. Not so the novels of C. J. Sansom, whose magnificent books set in the reign of Henry VIII bring to life the sounds and smells of Tudor England . . . Dark Fire" "is a creation of real brilliance."
--"The Sunday Times "(UK)
C. J. Sansom was educated at Birmingham University, where he took a BA and then a Ph.D. in history. After working in a variety of jobs, he retrained as a solicitor and practised in Sussex, until becoming a full-time writer. Sansom is the bestselling author of the acclaimed Shardlake series, the Spanish Civil War thriller Winter in Madrid and the number one bestseller Dominion. He lives in Sussex. Discover more at www.cjsansom.com
GOR001169341
9780230532342
0230532349
Revelation by C. J. Sansom
C. J. Sansom
The Shardlake series
Used - Very Good
Paperback
Pan Macmillan
2008-04-04
560
Short-listed for National Book Awards Crime Book of the Year 2009 (UK) Short-listed for CWA Historical Dagger 2008 (UK)
Book picture is for illustrative purposes only, actual binding, cover or edition may vary.
This is a used book - there is no escaping the fact it has been read by someone else and it will show signs of wear and previous use. Overall we expect it to be in very good condition, but if you are not entirely satisfied please get in touch with us
Trustpilot