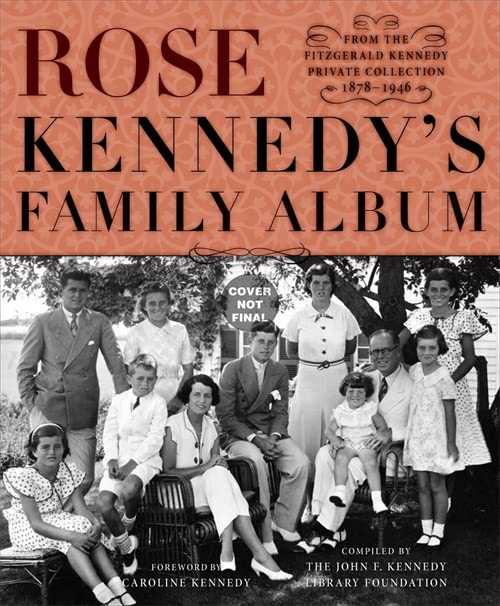 A selection of more than 400 photos collected by Rose Fitzgerald Kennedy, most never seen before, featuring the beloved and revered Kennedy family: This remarkable history dates from 1878 through 1946 - up to the aftermath of WWII and the beginning of JFK's political career - and covers everything from the family's first home to beach vacations, from children's birthdays to first Communions. The images capture the formative years of a uniquely American dynasty, imparting a glowing nostalgia to the period and detailing the family's progress as it grows from a pair of turn-of-the-century newlyweds into a populous, vibrant clan of hopeful young men and women on the brink of their brilliant destinies. This is a piece of Americana that readers will treasure.

"A rare, intimate glimpse of...America's 35th President-to-be, surrounded by the siblings who helped shape him."--People
"Fascinating...an intriguing, unique window into the formation of one of the country's most enduring and controversial dynasties."--Kirkus Reviews

Foreword by Caroline Kennedy, the author/editor of ten bestselling books on constitutional law, American history, politics, and poetry. A graduate of Harvard University and Columbia Law School, Kennedy is active in the efforts to improve New York City public schools and serves as President of the John F. Kennedy Library Foundation.

GOR005370251
Rose Kennedy's Family Album: From the Fitzgerald Kennedy Private Collection, 1878-1946 by Caroline Kennedy
Caroline Kennedy
Used - Like New
Hardback
Little, Brown & Company
2013-10-08
304
1455544809
9781455544806
N/A
Book picture is for illustrative purposes only, actual binding, cover or edition may vary.
The book has been read, but looks new. The book cover has no visible wear, and the dust jacket is included if applicable. No missing or damaged pages, no tears, possible very minimal creasing, no underlining or highlighting of text, and no writing in the margins.