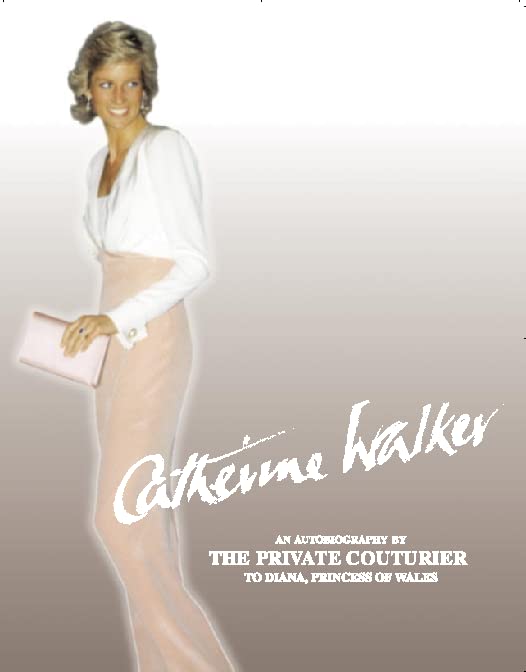 Catherine Walker's career is a story for all women in the '90s - a rags-to-riches tale that transcends fashion: from her early days selling children's clothes door-to-door out of a basket, to her first commission from Diana, Princess of Wales.

Catherine Walker's career is a story for all women in the '90s - a rags-to-riches tale that transcends fashion: from her early days selling children's clothes door-to-door out of a basket, to her first commission from Diana, Princess of Wales.

This year, Catherine Walker celebrates 21 years of exemplary design work during which time she has won awards as Britain's leading couturier. Today, her clients include Princess Noor of Jordan, Lady Helen Taylor, The Duchess of Kent, Shakira Caine and Catrina Skepper. The foreword is written by Liz Tilberis, a client, and the editor-in-chief at Harper's Bazaar.

With 200 stunning photographs from such top photographers as Patrick Demarchelier and Platon, Catherine Walker offers the first in-depth look into the life and work of the notoriously reclusive designer, whose fifteen-year relationship with Diana produced the celebrated dresses that have come to define royal taste in recent history. When Diana announced the auction at Christie's of eighty of her evening gowns - most of them designed by Catherine Walker - the French-born, London-based designer was thrust into the spotlight she has long eschewed. Catherine Walker is Catherine's story - in her own words.

One of the UK's leading national magazines will be running extracts of Catherine Walker, which are being used as the basis of a TV ad promotion for the magazine. The extracts will run for 4 weeks.

French-born, London-based Catherine Walker is one of the world's most successful couture designers. She worked as a teacher in the Swinging Sixties, then moved into making clothes after the death of her first husband. From selling children's clothes door-to-door, Catherine became the principle designer to the most famous woman in the world, Diana, Princess
of Wales.

GOR001427729
Catherine Walker: An autobiography by the private couturier to Diana, Princess of Wales by Catherine Walker
Catherine Walker
Used - Very Good
Hardback
HarperCollins Publishers
1998-08-17
160
0004140559
9780004140551
N/A
Book picture is for illustrative purposes only, actual binding, cover or edition may vary.
This is a used book - there is no escaping the fact it has been read by someone else and it will show signs of wear and previous use. Overall we expect it to be in very good condition, but if you are not entirely satisfied please get in touch with us.