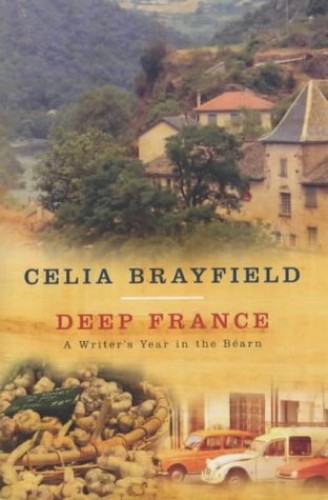 In Stock
$11.49
+10% GST
Culture, countryside and a great regional cuisine - this is a book that gets to the heart of what makes France so special for so many.
Very Good
Only 3 left

Deep France: A writer's year in the Bearn by Celia Brayfield

Novelist Celia Brayfield had never lived more than a taxi ride from Soho, until one day she decided to take a year off. With the computer and the cats in the back of the car, and the blessing of her student daughter, she drove South until the dawn came up in the Bearn, the most romantic, remote and rustic region of France.

DEEP FRANCE is the diary of a writer's year in a tiny French village, trying to meet her deadlines when a good thunderstorm could blow out the computer and there were always artichokes to pick. It's a walk in the swashbuckling footsteps of The Three Musketeers and King Henri IV, full of funny and perceptive anecdotes about the year in which France had to face the euro, the World Cup and Le Pen's presidential campaign.

DEEP FRANCE is also about the love affair between the British - and the Australians, the New Zealanders, the South Africans, the Canadians, the Americans, the Irish, and even the Russians - and rural France. Grand passion or sad delusion? Mutual adoration or unrequited love?

An author who writes living, breathing novels capable of making us laugh, weep and marvel' The Times

`Her writing glitters: the humour is as sharp as a Sabatier knife' Image

Celia Brayfield is the author of nine novels including the international bestseller, Pearls, as well as a non-fiction guide to storytelling in popular fiction, Bestseller. Before becoming a full-time novelist, she wrote for the Evening Standard and The Times. She has one daughter, with whom she now lives in west London.

GOR001670960
Deep France: A writer's year in the Bearn by Celia Brayfield
Celia Brayfield
Used - Very Good
Paperback
Pan Macmillan
2004-05-21
384
0330411829
9780330411820
N/A
Book picture is for illustrative purposes only, actual binding, cover or edition may vary.
This is a used book - there is no escaping the fact it has been read by someone else and it will show signs of wear and previous use. Overall we expect it to be in very good condition, but if you are not entirely satisfied please get in touch with us.