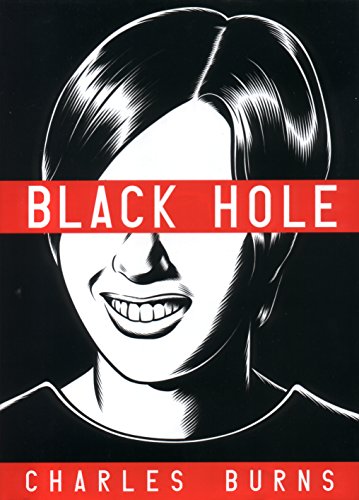 In Stock
$21.99
+10% GST
The disease is manifested any number of ways - from the hideously grotesque to the subtle (and concealable) - but once you've got it, that's it.
Very Good
Only 1 left

And you thought your adolescence was scary. Suburban Seattle, the mid-1970s. We learn from the outset that a strange plague has descended upon the area's teenagers, transmitted by sexual contact. The disease is manifested any number of ways - from the hideously grotesque to the subtle (and concealable) - but once you've got it, that's it. There's no turning back. As we inhabit the heads of several key characters - some kids who have it, some who don't, some who are about to get it - what unfolds isn't the expected battle to fight the plague, or bring heightened awareness of it, or even to treat it. What we become witness to instead is a fascinating and eerie portrait of the nature of high-school alienation itself - the savagery, the cruelty, the relentless anxiety and ennui, the longing for escape. And then the murders start. As hypnotically beautiful as it is horrifying (and, believe it or not, autobiographical), Black Hole transcends its genre by deftly exploring a specific American cultural moment in flux and the kids who are caught in it - back when it wasn't exactly cool to be a hippie any more, but Bowie was still just a little too weird. To say nothing of sprouting horns and moulting your skin . . .

"Many regard Black Hole as one of the greatest graphic novels, and it's not hard to see why. Burns's black-and-white strips are so cool, and his story - sex, drugs and teenage mutants - grips like a vice." -- Rachel Cooke * Observer *
"Drawn in [Burns'] signature woodblock style, and [is] visually memorising" * Stong Word *
"Black Hole just might be the most perfect book going, if not the sexiest... As startling and evocative a work as the medium has ever produced." -- Matt Fraction * Art Bomb *
"Make no mistake: this is a bleak book that tries desperately in its final frames to introduce a note of optimism in resignation. It's also brilliant." -- Peter Millar * The Times *

Charles Burns grew up in Seattle in the 1970s. His work rose to prominence in Art Spiegelman's Raw magazine in the mid-1980s and took off from there, for an extraordinary range of comics and projects, from Iggy Pop album covers to the latest ad campaign for Altoids. In 1992 he designed the sets for Mark Morris's delightful restaging of The Nutcracker. He's illustrated covers for Time, the New Yorker and the New York Times Sunday Magazine. He is the official cover artist for The Believer magazine. Black Hole received Eisner, Harvey and Ignatz awards in 2005. Burns lives in Philadelphia with his wife and two daughters.

GOR001425795
Black Hole by Charles Burns
Charles Burns
Used - Very Good
Hardback
Vintage Publishing
2005-10-06
368
0224077783
9780224077781
N/A
Book picture is for illustrative purposes only, actual binding, cover or edition may vary.
This is a used book - there is no escaping the fact it has been read by someone else and it will show signs of wear and previous use. Overall we expect it to be in very good condition, but if you are not entirely satisfied please get in touch with us.