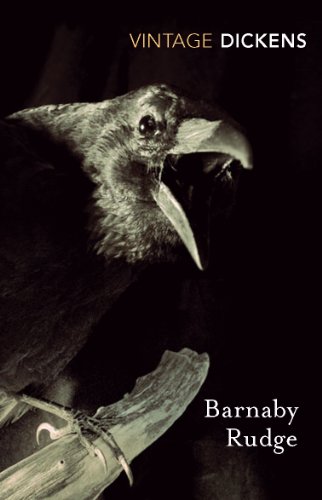 In Stock
$11.49
+10% GST
'One of Dickens's most neglected, but most rewarding, novels'Peter AckroydBarnaby Rudge is a young innocent simpleton who is devoted to his talkative raven, Grip. Barnaby Rudge a powerful historical tale of treachery, forbidden love, abduction and the dangerous power of the mob.
Very Good
5 in stock

'One of Dickens's most neglected, but most rewarding, novels' Peter Ackroyd Barnaby Rudge is a young innocent simpleton who is devoted to his talkative raven, Grip. When he gets caught up in the mayhem of the Gordon riots and a mysterious unsolved murder, his life is put in jeopardy. Barnaby Rudge a powerful historical tale of treachery, forbidden love, abduction and the dangerous power of the mob.

GOR003227839
Barnaby Rudge by Charles Dickens
Charles Dickens
Used - Very Good
Paperback
Vintage Publishing
2010-12-02
896
0099540843
9780099540847
N/A
Book picture is for illustrative purposes only, actual binding, cover or edition may vary.
This is a used book - there is no escaping the fact it has been read by someone else and it will show signs of wear and previous use. Overall we expect it to be in very good condition, but if you are not entirely satisfied please get in touch with us.