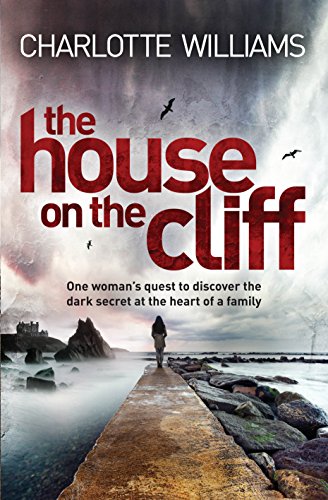 The House on the Cliff
by Charlotte Williams

The House on the Cliff Summary

The House on the Cliff by Charlotte Williams

Actor Gwydion Morgan's dramatic appearance at Jessica Mayhew's psychotherapy practice coincides with a turbulent time in her own life - her husband has just revealed that he's spent the night with a much younger woman.

Gwydion, son of the famous Evan Morgan, is good looking and talented but mentally fragile, tormented by an intriguing phobia. Jessica is determined to trace the cause of his distress. So when his mother phones to say he is suicidal, Jessica decides to make a house call.

The Morgans live in a grand cliff-top mansion overlooking a rocky bay with its own private jetty. It's a remote and somewhat sinister place. On her visit, Jessica finds out that an au pair who looked after Gwydion as a child drowned in the bay in mysterious circumstances. Could it be that Gwydion witnessed her death?

In her quest to help her client, Jessica finds herself becoming embroiled in the Morgans' poisonous family dynamic. At the same time, she has to deal with the demands of her own domestic life: her struggle to keep her marriage intact, as well as her older daughter's increasingly defiant behaviour. And then, of course, there is the growing attraction she feels towards her new client . . .

Customer Reviews - The House on the Cliff

After studying philosophy at college, Charlotte Williams went on to work as an arts journalist, writing for newspapers and magazines as well as making radio documentaries and, later, writing radio dramas for the BBC. Under her maiden name, Charlotte Greig, she also recorded several albums of original folk music. Sadly she was diagnosed with cancer shortly after finishing the first draft of her second crime novel in the Jessica Mayhew series, and died shortly before publication.

GOR004864946
The House on the Cliff by Charlotte Williams
Charlotte Williams
Used - Very Good
Hardback
Pan Macmillan
2013-02-28
304
1447223543
9781447223542
N/A
Book picture is for illustrative purposes only, actual binding, cover or edition may vary.
This is a used book - there is no escaping the fact it has been read by someone else and it will show signs of wear and previous use. Overall we expect it to be in very good condition, but if you are not entirely satisfied please get in touch with us.