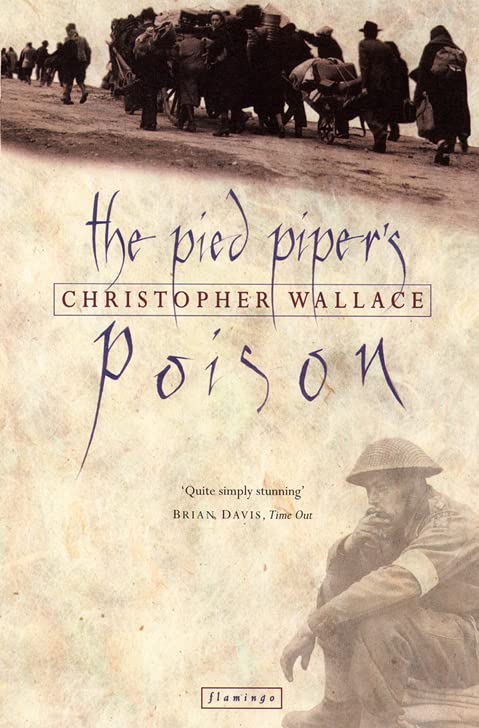 The year is 1946. The war is over. A young British army doctor finds himself ordered to investigate a curious plague in a Polish refugee camp. What he finds there is deeply unsettling and harrowing...

Meanwhile, a colleague is much more concerned with unravelling uncannily similar events three hundred years old, events twisted by the centuries into their current, misshapen form, as the fairy-story of the Pied Piper of Hamelin...

Set in the Borderlands between Germany and Poland, this powerful first novel is reminiscent in mood, complexity and accomplishment of Pat Barker's World War One trilogy or Sebastian Faulks' Birdsong.

`Assured, ambitious... The novel's true achievement lies in its depiction of the chaos, despair, and privations which poisoned both victors and vanquished in the aftermath of the Second World War... a fascinating first novel.'
Michael Arditti, The Times

Chris Wallace lives in Edinburgh. This is his first book.

GOR003320637
The Pied Piper's Poison by Christopher Wallace
Christopher Wallace
Used - Very Good
Paperback
HarperCollins Publishers
1998-06-12
304
0006550770
9780006550778
N/A
Book picture is for illustrative purposes only, actual binding, cover or edition may vary.
This is a used book - there is no escaping the fact it has been read by someone else and it will show signs of wear and previous use. Overall we expect it to be in very good condition, but if you are not entirely satisfied please get in touch with us.