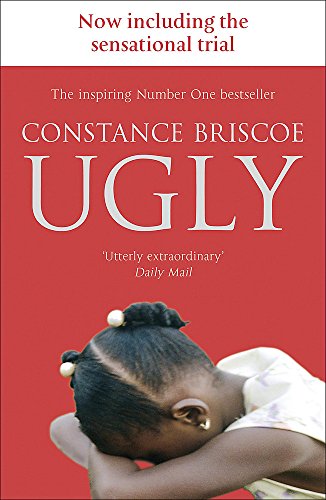 Constance's mother systematically abused her daughter, both physically and emotionally, throughout her childhood. Regularly beaten and starved, the girl was so desperate she took herself off to Social Services and tried to get taken into care. When that failed, she swallowed bleach 'because it kills all known germs and my mother always told me I was a germ'. When Constance was thirteen, her mother simply moved out, leaving her daughter to fend for herself: there was no gas, no electricity and no food. But somehow Constance found the courage to survive her terrible start in life. This is her heartrending - and ultimately triumphant - story, now with fourteen extra chapters detailing the trial.

On Constance's trial: 'A small triumph for sanity' * Observer Review *
Utterly extraordinary . . . harrowing, often deeply disturbing, but ultimately inspiring * Daily Mail *
Reading the book is like an exercise in bottling up your rage. Afterwards, you feel helpless and disturbed. Which is only right. * Evening Standard *
An astonishing true story of hope over adversity * Mail on Sunday *
Remarkable * Good Housekeeping *
Compelling . . . Disturbingly honest. * Woman & Home *
Horrific, but remarkable too. Let us hope that Constance's story will inspire young people everywhere to not only hold onto their dreams and make them happen, but also to be better parents themselves. * Lesley Pearse *
This is a lawyer's memoir with a difference, an inspiring antidote to the usual catalogue of tedious milestones towards legal eminence . . . She's also managed - a rare feat for a lawyer - to write an absorbing book in language untainted by convoluted legal-speak. * Marcel Berlins, Guardian *
UGLY is the life story of Constance Briscoe. Starved, beaten and told she was an "ugly waste of space", this is a heart-rending account of a mother's cruelty from one of the first black women to sit as a judge in the UK. * Elle *
Widely regarded as the best British contribution to what's often called the "misery memoir" genre. * Evening Standard *

Constance Briscoe practises as a barrister and in 1996 became a part-time judge - one of the first black women to sit as a judge in the UK. She lives in Clapham with her two children, Martin and Francesca. Her partner is Tony Arlidge QC.

GOR001749756
Ugly by Constance Briscoe
Constance Briscoe
Used - Very Good
Paperback
Hodder & Stoughton General Division
2009-09-01
448
0340994657
9780340994658
N/A
Book picture is for illustrative purposes only, actual binding, cover or edition may vary.
This is a used book - there is no escaping the fact it has been read by someone else and it will show signs of wear and previous use. Overall we expect it to be in very good condition, but if you are not entirely satisfied please get in touch with us.