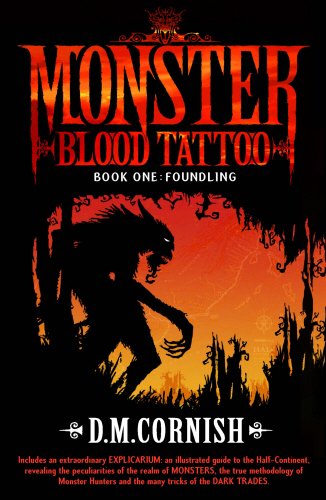 Out of Stock
$14.99
inc. GST
Rossamund has always dreamed of a career in the Navy, fighting tentacled monsters and rescuing damsels from hook-handed pirates. He is being sent to train as a Lamplighter - to bring light to the inland roads of the Half-Continent, to shine the way for travellers through lands peopled by outcasts, monsters and worse.
Very Good
Only 0 left

Rossamund has always dreamed of a career in the Navy, fighting tentacled monsters and rescuing damsels from hook-handed pirates. But fate has chosen him for a different path. He is being sent to train as a Lamplighter - to bring light to the inland roads of the Half-Continent, to shine the way for travellers through lands peopled by outcasts, monsters and worse. But for Rossamund to begin his education, he must first undertake a journey of his own: to the great city of High Vesting. Such a road is not for the faint of heart. Only monster-hunters, leers and the most desperate of brigands dare travel the inland ways unguarded. And all Rossamund carries with him is a battered almanac and a pocketful of cheap potions. It is unlikely to be enough. Stunning in scope and rich in detail, alive with memorable heroes and villains and brimming with new and original science and magics, D.M. Cornish's tale of scolds, scourges, smugglers and shrewds will thrill and captivate, and leave the reader desperate for more.

"Stripped to its bare essentials, book one Monster Blood Tattoo is a strangely plausible human story with some interesting characters and a wide-open ending hinting at more . . . Foundling promises much" -- Philip Ardagh * Guardian *
"This book feels every bit as substantial as its heft implies. Highly ambitious" * Publishers Weekly *
"Reading it is like being dumped into a lake, having the author shove your head under the water until you're forced to breathe it in and diescovering, after a bit of a gurgle, that it tastes bloody lovely . . . A joy to read" * SFX Magazine *
"Richly imagined [with] the kind of detail that lifts the book way above the standard for the genre. The writing style too, is intriguing and enjoyable - almost Victorian in its cadences" * Write Away! *
"It's an epic in the making; and we can all be glad we were present to see it begin" -- Lloyd Alexander

D.M. Cornish is an acclaimed children's illustrator. He began making notes and drawings for his debut novel FOUNDLING over thirteen years ago and had filled over 28 journals with sketches, ideas and character profiles before the first volume of the MONSTER BLOOD TATTOO trilogy took shape. The book has since sold worldwide. D.M. Cornish is thirty-three and lives in Australia.

GOR001875211
Monster Blood Tattoo: Foundling: Book One by D. M. Cornish
D. M. Cornish
Monster Blood Tattoo
Used - Very Good
Paperback
Random House Children's Publishers UK
2008-05-01
448
0552555878
9780552555876
N/A
Book picture is for illustrative purposes only, actual binding, cover or edition may vary.
This is a used book - there is no escaping the fact it has been read by someone else and it will show signs of wear and previous use. Overall we expect it to be in very good condition, but if you are not entirely satisfied please get in touch with us.