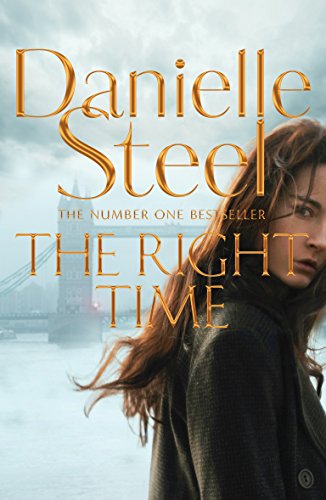 The Right Time
by Danielle Steel

Used Price
$18.99
inc. GST
Free Shipping in Australia
An inspirational novel of following your dreams, whether or not it's the right time, by the world's favourite storyteller, Danielle Steel
Reviews:
Trustpilot
Very Good Good

The Right Time by Danielle Steel

Filled with heartbreak and betrayal, triumph and fulfillment, The Right Time is an intimate, richly rewarding novel about pursuing one's passion, from the world's favourite storyteller, Danielle Steel.

Abandoned by her mother at age seven, Alexandra Winslow takes solace in the mysteries she reads with her devoted father and soon she is writing them herself, slowly graduating to dark, complex crime stories that reflect skill, imagination and talent far beyond her years. After her father's untimely death, at fourteen Alex is taken in by the nuns of a local convent, where she finds twenty-six mothers to take the place of the one she lost, and the time and encouragement to pursue her gift.

Alex writes in every spare moment, gripped by the plots, themes and characters that fill her mind. Midway through college, she has finished a novel - and manages to find an agent, then a publisher. But as Alexandra Winslow climbs the ladder of publishing success, she resolutely adheres to her father's caution: men only read crime thrillers written by men. Consequently she publishes under the pseudonym Alexander Green, her true identity known only to those closest to her, creating an isolating double life.

Her secret life as the mysterious and brilliantly successful Alexander Green - and her own life as a talented young woman - exposes her to the envious, the arrogant, and the Hollywood players who have no idea who she really is. The right time to open up always seems just out of reach, and would cost her dearly. Once her double life and fame are established, the price of the truth is always too high.

Danielle Steel has been hailed as one of the world's most popular authors, with nearly a billion copies of her novels sold. Her recent many international bestsellers include The Duchess, The Right Time and Fairytale. She is also the author of His Bright Light, the story of her son Nick Traina's life and death; A Gift of Hope, a memoir of her work with the homeless; and the children's books Pretty Minnie in Paris and Pretty Minnie in Hollywood.

GOR008634455
The Right Time by Danielle Steel
Danielle Steel
Used - Very Good
Hardback
Pan Macmillan
2017-09-07
336
1509800301
9781509800308
N/A
Book picture is for illustrative purposes only, actual binding, cover or edition may vary.
This is a used book - there is no escaping the fact it has been read by someone else and it will show signs of wear and previous use. Overall we expect it to be in very good condition, but if you are not entirely satisfied please get in touch with us.