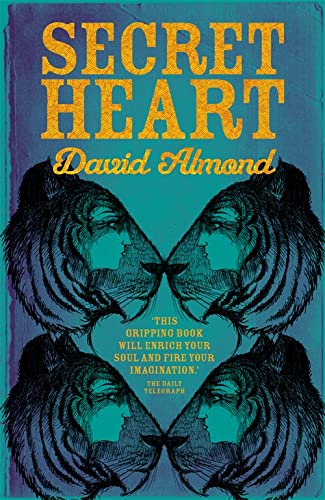 In Stock
$14.49
+10% GST
Joe Maloney is out of place in this world: his mind is always somewhere else - on the weird creatures he sees around him and whispers he hears on the air. But into his world comes the circus, and Corinna, and a tiger ... A moving, mysterious and spiritual story from an extraordinary writer.
Very Good Good
Only 1 left

Joe lives with his mother in Helmouth, a forgotten village crumbling on the edge of the suburbs. His days are spent trying to evade the demands of school and the taunts of the local bullies. Joe's friend, Stanny, insists that Joe must toughen up, become a survivor - and he is adamant that a weekend in the wilderness with Stanny and his Uncle Joff will do the trick.

Into Joe's unhappy world comes Hackenschmidt's Circus, and with it the strangely familiar Corinna. She tells Joe, 'In the circus there is a secret heart ' - a place of contained wildness where the barriers between the human and animal world are fluid. And indeed, Joe's dreams are already stalked by a tiger, so real that his skin and its pelt begin to feel as one...

A stunning novel from the author of the modern children's classic Skellig - winner of the Carnegie Medal and the Whitbread Children's Book Award. David Almond is also winner of the 2010 Hans Christian Andersen award.

GOR001935012
Secret Heart by David Almond
David Almond
Used - Very Good
Paperback
Hachette Children's Group
2007-11-20
208
0340944986
9780340944981
N/A
Book picture is for illustrative purposes only, actual binding, cover or edition may vary.
This is a used book - there is no escaping the fact it has been read by someone else and it will show signs of wear and previous use. Overall we expect it to be in very good condition, but if you are not entirely satisfied please get in touch with us.