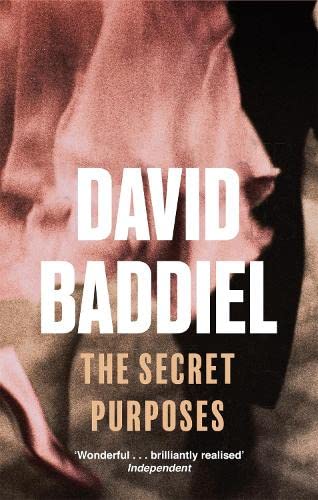 The Secret Purposes
by David Baddiel

In Stock
$119.99
inc. GST
Brilliantly accomplished and critically acclaimed novel of Nazi Germany and the plight of internees in wartime Britain by writer and comedian David Baddiel.
Very Good
Only 1 left

The Secret Purposes by David Baddiel

THE SECRET PURPOSES, David Baddiel's third novel, takes us into a little-known and still somewhat submerged area of British history: the internment of German Jewish refugees on the Isle of Man during the Second World War. Isaac Fabian, on the run with his young family from Nazism in East Prussia, comes to Britain assuming he has found asylum, but instead finds himself drowning in the morass of ignorance, half-truth, prejudice, and suspicion that makes up government attitudes to German Jews in 1940. One woman, June Murray, a translator from the Ministry of Information, stands out - and when she comes to the island on a personal mission to uncover solid evidence of Nazi atrocities, her meeting with Isaac will have far-reaching consequences for both of them.

A haunting and beautifully written tale of love, displacement and survival, THE SECRET PURPOSES profoundly questions the way that truth - both personal and political - emerges from the tangle of history.

An intriguing novel about history and truth . . . The intelligence and inquiry of this book will surprise many * THE TIMES *
Wonderful . . . brilliantly realised * INDEPENDENT *
It is a sombre, clever book, but, being Baddiel, is irradiated by flashes of dark humour * Sally Vickers, SPECTATOR *
David Baddiel's excellent new novel . . . Sensitive, intelligent and deeply moving, THE SECRET PURPOSES is both a gripping read and a long overdue indictment of Britain's treatment of Jewish refugees * IMAGE *

Co-creator of three of the BBC's most successful comedy programmes, David Baddiel has proved himself an accomplished novelist (and critic) too.

GOR010002198
The Secret Purposes by David Baddiel
David Baddiel
Used - Very Good
Paperback
Little, Brown Book Group
2005-04-07
416
B0092GBNQ8
9780349117461
N/A
Book picture is for illustrative purposes only, actual binding, cover or edition may vary.
This is a used book - there is no escaping the fact it has been read by someone else and it will show signs of wear and previous use. Overall we expect it to be in very good condition, but if you are not entirely satisfied please get in touch with us.