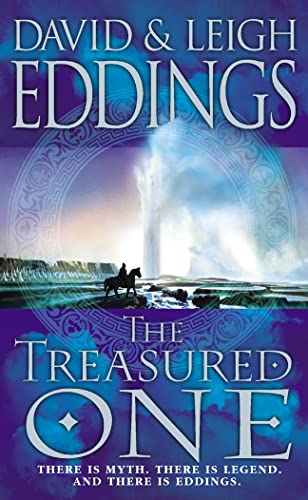 `My ideal summer read...Having enjoyed the entire ten-book serial, I was delighted to be able to read this latest addition as it not only provides fantastic escapism in itself, but, being a prequel, will make my re-reading of the other books all th more satisfying.' The Irish Times

GOR010502227
The Treasured One by David Eddings
David Eddings
Used - Like New
Paperback
HarperCollins Publishers
2005-05-03
560
0007157630
9780007157631
N/A
Book picture is for illustrative purposes only, actual binding, cover or edition may vary.
The book has been read, but looks new. The book cover has no visible wear, and the dust jacket is included if applicable. No missing or damaged pages, no tears, possible very minimal creasing, no underlining or highlighting of text, and no writing in the margins.