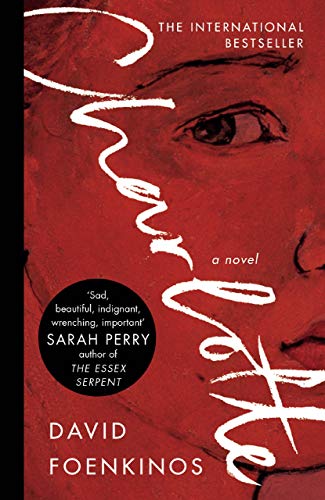 Charlotte Salomon is born into a family stricken by suicide and a country at war. But there is something exceptional about her - she has a gift, a talent for painting. And she has a great love, for a brilliant, eccentric musician. But just as she is coming into her own as an artist, death is coming to control her country. The Nazis have come to power and, as a Jew in Berlin, Charlotte's life is narrowing, and she knows every second is precious. Inspiring, unflinching, terrible and hopeful, Charlotte is the heartbreaking true story of a life filled with curiosity, animated by genius and cut short by hatred.

I am deeply, deeply affected by this sad, beautiful, indignant, wrenching, important book . . . It is an artistic privilege and (I think) almost a moral duty that you all read this -- SARAH PERRY, author of THE ESSEX SERPENT
Foenkinos writes arrestingly about Charlotte, masterfully imagining her interior life . . . So much space on the page visually transforms each paragraph into a stanza, while lending the words a solemn weight and power . . . [A] beautiful, wretched story * * Guardian * *
An astonishing novel. Every line has something profound to say about love and loss, hope and fear, time and memory, and the enduring power of art -- ANDREW MICHAEL HURLEY, author of THE LONEY
From its striking first sentence there is no turning away . . . A far superior tribute to any commemorative plaque -- SARA BAUME * * Irish Times * *
Each sentence begins on a new line, giving it the deceptive look of a long poem. The success of this approach, loyally managed by Sam Taylor in his translation, is the make Charlotte read as a series of tricker-tape bulletins, delivered in breathless fits and starts * * London Review of Books * *
Unforgettable, poetic * * Sunday Independent * *
Quietly but deeply moving, incredibly powerful in its simplicity -- CLAIRE NORTH, author of THE FIRST FIFTEEN LIVES OF HARRY AUGUST
A life-changer -- POLLY CLARK, author of LARCHFIELD
A tour de force. Every important detail and much more of this supreme artist's life . . . is recorded lovingly, passionately, obsessively and lyrically . . . The verse-like narrative . . . produces a befittingly vibrant creativity * * Jewish Chronicle * *
The reader follows, lump in the throat, fascinated by this tragic fate, which is told with the utmost precision * * Livres Hebdo * *
Whimsical, heart-breaking and fast-paced * * The Student * *
Astounding . . . Foenkinos makes us a part of this hopefully growing community: that of the admirers of a young artist named Charlotte Salomon, assassinated when she was 26 years old * * L'Express * *
A sensitive and deeply moving novel * * Paris Match * *
Astonishing * * Le Journal de Dimanche * *
A shocking novel written with rare delicacy and honesty * * Page * *
Deeply affecting, David Foenkinos' novel is like a song, celebrating the beauty, passion and drive of Charlotte Salomon's life * * L'Arche * *
Devastating . . . Charlotte is one of these books by which a writer measures himself against the rules of his craft. A gamble which more than paid off for Foenkinos * * Lire * *
A beautiful homage * * Le Figaro * *
The charm of this novel can be described in one word: admiration. That of a talented novelist for a genius artist. This feeling gives the book greatness * * Le Figaro Litteraire * *
The striking portrait of a woman whom the writer can't part with. Not to be missed * * Nouvelles Semaines * *
Everything in this book is a success * * Rappels * *
There is no page where the emotion doesn't come through in this poignant ode * * Phosphore * *
To be read in one sitting * * Challeges * *

David Foenkinos is an award-winning French novelist and screenwriter. Charlotte, inspired by the life of Charlotte Salomon, won the Prix Renaudot and the Prix Goncourt des Lyceens; it has sold more than half a million copies in France and been translated into nineteen languages. Sam Taylor previously translated HHhH, by Laurent Binet, and is the author of the novels The Island at the End of the World, The Amnesiac and The Republic of Trees. He lives in France and the United States. Charlotte Salomon was born in Berlin, 1917. Unknown in her lifetime, she was one of Germany's great modern artists. Her greatest achievement was Life? or Theatre? A Song-play - an autobiographical series of 769 works, which she painted over two years in the South of France while in hiding from the Nazis. It has gone on to inspire films, plays and an opera. Salomon died in Auschwitz in 1943, gassed along with her unborn child shortly after her arrival.